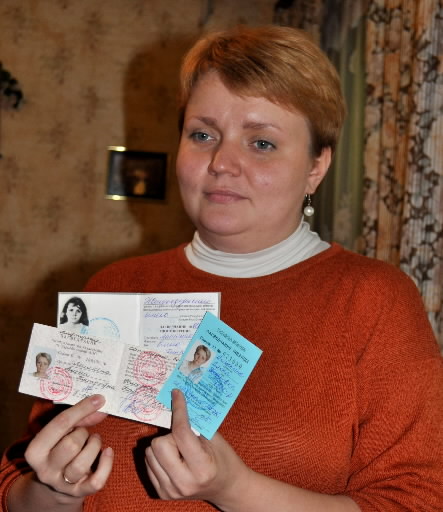 Twenty-five years have passed since the accident at the Chernobyl nuclear power plant. The Chugoku Shimbun explores how the lessons learned by Eastern European nations in connection with Chernobyl can be used in responding to the nuclear disaster in Fukushima.


Weakened relief programs prompt self-reliance from sufferers
At the age of 15, Elena Ktilova, now 32, was diagnosed with cancer and her thyroid gland was removed that fall. Ms. Ktilova lives in the city of Gomel in southern Belarus, about 120 kilometers from the Chernobyl nuclear plant. On her behalf, the hospital automatically applied to a program run by the government so that Ms. Ktilova could receive benefits as a sufferer of the nuclear disaster. The benefits included a Sufferers’ Certificate and two cards for free services.


Free medical treatment
“With this certificate, I’m able to receive medical treatment for free,” Ms. Ktilova said. “I also receive a special allowance.” But she did not wear a smile while speaking. Her health has been poor since her surgery 17 years ago.

When the radiation-related damage to their health is recognized, sufferers are provided with the passport-sized Sufferers’ Certificate from the government. About 10,000 people hold this certificate in Belarus, which has a population of roughly 9.7 million. Holders of the certificate also receive a special allowance of 500,000 Belarus rubles (about 5,000 yen) per month. Both Ms. Ktilova and her husband work and their monthly wages total 1.14 million rubles (about 11,000 yen). When compared with these wages, Ms. Ktilova’s allowance is not an insignificant sum.

By presenting their medical card, holders are able to receive medical treatment and medications at no charge. The other card, which was discontinued in 2007, allowed them to use utilities and ride public transportation for free. To provide its people with these relief programs cost the Belarus government about 140 trillion rubles (about 1.4 trillion yen) over 25 years. This amount is roughly equivalent to two times the nation’s annual budget. It seems the government has struggled to bear such a burden.

For sufferers of the accident that occurred at the Fukushima No. 1 (Daiichi) nuclear power plant, the Japan Confederation of A- and H-Bomb Sufferers Organization (Nihon Hidankyo) urged in April that the Japanese government launch a similar certificate system, akin to the Atomic Bomb Survivors’ Certificate. With this certificate, held by about 220,000 people in Japan, the bearer can receive medical treatment and get medical examinations, all for free, in every prefecture.

But the Cabinet Office of the central government has rebuffed the demand by Nihon Hidankyo, maintaining the position that it “does not intend to issue any certificates at this stage.” As far as financial compensation, when it comes to health damages the government has yet to articulate a stance. The Fukushima prefectural government will conduct free medical examinations, but at this point these examinations are only being offered within the prefecture.

The Belarus economy has been suffering from rising inflation. In such conditions, compensation to the sufferers of the nuclear accident is being cut back.

Against this backdrop, Nataria Kovaryova, 57, has been working to assist sufferers in landing employment for the past 16 years. She hopes they will be able to earn some income by acquiring job skills.


Creating employment opportunities
Ms. Kovaryova established a workshop where items such as Russian dolls are made by hand. Though the plant was forced to scale back its operations due to the difficulties of a recession, five workers are still earning wages for their work.

“I’ve come to realize that monetary compensation alone cannot bring relief to these people,” Ms. Kovaryova said. “What we really need to do is create opportunities for employment.”

Belarus and Ukraine, both nations that have suffered from the accident at Chernobyl, have made a range of efforts over the past quarter-century and have paused to reflect on these efforts at certain junctures. Their approach to the nuclear disaster in their own backyard reveals how the Japanese government should proceed in handling the disaster that has befallen this nation.