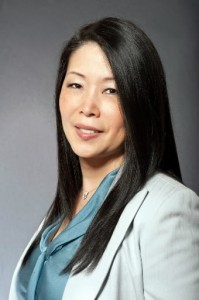 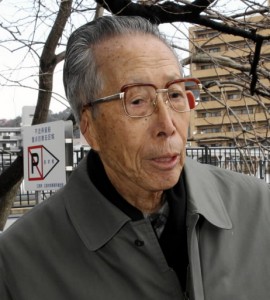 Akiko Mikamo, 53, a doctor and a second-generation A-bomb survivor, will receive an award from an NPO located in London, the United Kingdom, for her efforts to promote peace in the world. Ms. Mikamo is originally from Higashi Ward, Hiroshima, and now lives in the United States, in San Diego, California.

In the summer of 2013, Ms. Mikamo published a book entitled Rising from the Ashes: A True Story of Survival and Forgiveness from Hiroshima. Written in English, the book recounts her parents’ experiences of the atomic bombing and their lives afterward. The award follows exposure of the book on BBC radio and in its online magazine.

Ms. Mikamo’s father, Shinji, 88, a resident of Higashi Ward, experienced the atomic bombing while in Kamiyanagi-cho (present-day Kaminobori-cho in Naka Ward), about 1.2 kilometers from the hypocenter. He suffered severe injuries, including terrible burns to the right side of his body. Akiko’s mother, Miyoko, who passed away in 2008 at the age of 80, was at Fukuya Department Store when the blast occurred, a location about 700 meters from the hypocenter. She also sustained serious injuries, with a number of large shards of glass piercing her back.

The award ceremony will be held at the Palace of Westminster in London on November 11. Ms. Mikamo said, “I will accept this award as a representative of the people of Hiroshima who have worked hard for the sake of reconstruction, development, and world peace, as well as the people in the world who have supported my work. I would like to continue to engage in outreach efforts and educational activities to promote peace.”