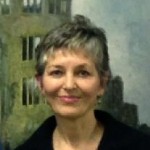 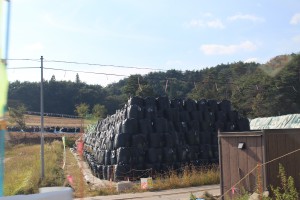 The first paragraph in the first volume of A History of Japan, by the scholarly British diplomat Sir George Sansom, is a detailed description of the islands’ geology.

Writing in 1958 of the country he so loved, with its “mighty volcanic convulsions”, Sir George depicts the physical drama of peaks soaring two miles above and plunging five miles below sea level, and wisely cautions that “so immense a range of elevation within short lateral distances develops such stresses that this part of the earth’s crust is a highly unstable area....”

In August this year we witnessed at close range just how scar-laden: massive rains and landslides brought down entire mountaintops in many suburbs of Hiroshima, killing scores. The tragedy could well happen in other parts of the country.

Then on September 27th the sacred, unpredictable Mount Ontake erupted suddenly, trapping hundreds of climbers out to admire its famed autumn foliage. The eruption prompted a massive and dangerous rescue operation by thousands of firefighters, police and Self-Defense Forces members. Still, at least 60 people are reported dead.

In the aftermath of the eruption, the government promptly called for renewed efforts at monitoring volcanic activity. Yet Mount Ontake, listed one of the country’s 110 active volcanos, was already under close scrutiny by the Meteorological Agency; intensifying tremors--85 on September 11 alone--had been registered but not deemed threatening.

In the technology-overloaded Japan, monitoring hardly seems the problem.

Rather, volcanic eruptions--and other natural disasters--in a land perched on the edge of the Ring of Fire and straddling four tectonic plates should be considered the norm. And some scientists now worry that the magnitude 9 earthquake of March 11, 2011 may well intensify risks--this July a French geophysicist and his team released a study suggesting pressure is building on Mount Fuji, also an active volcano.

If natural disasters are simply unavoidable, then in a country smaller than the state of California and with more than three times the population, the presence of nuclear power plants seems, to say the least, a little akin to playing Russian roulette.

During recent Diet debates, Yuko Obuchi, then minister of economy, trade and industry and till two weeks ago an upcoming star of the ruling Liberal Democratic Party, insisted that in its push to restart nuclear plants the government was adamant about ensuring the strictest safety measures, stating that such standards were similar to those of France and other advanced nations.

The comparison to France, often made, is hardly apt: France is not perennially threatened by massive earthquakes or volcanic eruptions, nor is it on the path of mega typhoons (like the two which battered us JUST THIS MONTH). In the past year, alone, Japan has had hundreds of small earthquakes, while France has had five. Japan is also two-thirds smaller than France, with almost double the population. The risk factors, when it comes to nuclear power plants, are fundamentally different.

Late last month a group of us from Hiroshima returned to Fukushima, to see for ourselves how rebuilding was progressing. Of the three prefectures which took the brunt of the earthquake and tsunami in 2011 Fukushima, with the decommissioned yet still precarious No. 1 (Daiichi) nuclear power plant, is the one still gripped by deep uncertainty. Miyagi and Iwate have mourned, grieved, collected their huge piles of tsunamis debris and are now pressing ahead with reconstruction plans.

Not Fukushima. Large swaths of the prefecture remain unsettled. Within the nuclear plant’s 20-kilometer exclusion zone most towns are empty. As we drove through the eerily silent streets of those closest to the battered plant, my journalist friend, a veteran investigative reporter who has written extensively on nuclear accidents, gave us rough estimates of their pre-disaster populations--and of their current status: Namie (22,000, now semi-restricted), Futaba (7400, still abandoned), Okuma (11,515, still abandoned), Tomioka (15,800, still abandoned), Naraha (8200, now semi-restricted).

Even more distant towns, like Iitate, remain in limbo. Some 45 kilometers from the plant, Iitate was initially designated a safe haven before it, too, was found to be a radioactive hotspot. Its 6000 inhabitants have now either left or can only come in during day-time hours.

A farming and ranching community before the nuclear disaster, the only people we saw at work were some of 3000 contract workers, whose job is to remove contaminated topsoil--part of the government’s complex and questionable decontamination policy. The topsoil, alongside leaves and other plant material, is then stuffed into thousands of black plastic containers, now scattered across the landscape. Naturally no region is willing to accept the dreaded material. The cleanup was meant to be completed this March, but has just been extended by another two years.

As we viewed the landscape, the idea that Iitate and other cities affected by the nuclear accident could soon return to business as usual--through diligent scrubbing of roofs and removal of topsoil--seemed far-fetched: like the rest of Fukushima Iitate is covered with mountains and forests, exposed to natural elements. Years (and billions of yen) could well be spent shifting topsoil, but would any young family want to raise kids there?

Dr. Kiyoshi Kurokawa, chairman of the Nuclear Accident Independent Investigative Committee has famously, and succinctly, quipped that the government’s cleanup effort is “just one big shell game aimed at pushing off problems into the future.” But admitting the complexities raises fundamental problems for authorities, from the practical--i.e. compensation issues--to the ethical: if one single nuclear accident is proving so debilitating, how then to justify bringing the country’s dormant plants on-line, as the government wishes to do? And if even Japan, a technology giant, is to put the nail to the coffin of its own towns in the aftermath of a nuclear accident, how to justify exports to other nations?

So Fukushima's residents linger in uncertainty. The elderly, with less to fear of radiation’s long-term effects, are resigned to return home; not those with young children. Most men, for the sake of jobs, would return but women, more concerned about their family’s health, would not. The pressure on every family is huge. The new term genpatsu rikon (atomic divorce) captures the personal tragedies.

Still, by now Prime Minister Abe may have little political capital to lose on account of the physically close yet psychologically distant Fukushima. But as Andrew DeWit of Tokyo’s Rikkyo University and an astute observer of Japanese energy policies has written in Japan Focus, the government’s reluctance to declare a stark and clear commitment to renewables (and to the eventual closure of nuclear plants), is a significant opportunity loss.

Japan, DeWit writes, is hardly the “resource-poor” country pro-nuclear politicians so love to invoke. In terms of renewables, it sits among top contenders, with abundant thermal energy sources--the bright side of being so disaster-prone. It is “blessed” with powerful winds and typhoons, waves, volcanoes, vast forests (68 percent of the land), torrential rivers and summers of scorching, ever-present sun.

Poll after poll have shown a steady majority of the Japanese far more willing than their politicians to embrace renewables and the “fifth fuel”, conservation, rather than return to nuclear power. With the right leadership, policies and technologies, a shift is ultimately possible. However well-packaged, nuclear accident cleanup just remains too difficult--devouring massive time, money and energy, and none can ascertain that it works.

Nassrine Azimi
Born in Iran in 1959, Swiss citizen. Earned a master’s degree in international affairs from the Graduate Institute in Geneva in 1986 and another master’s degree from Geneva University’s Institute of Architecture in 1998. Joined the United Nations Institute for Training and Research (UNITAR) in 1986, becoming a full staff in 1988. After serving as chief of UNITAR’s New York office, became the first director of its new Hiroshima office in 2003. Stepped down in 2009. Now serves as its senior advisor. In 2011 co-founded and now co-coordinates Green Legacy Hiroshima, a project to send around the world seeds and seedlings from trees that survived the atomic bombing of Hiroshima. Has written opinion pieces in the International New York Times and other publications on various topics, including on Hiroshima’s efforts to bring about peace, and on the aftermath of the accident at the nuclear power plant in Fukushima. Resident of Hiroshima.