Interview with Kazumi Mizumoto, vice president of the Hiroshima Peace Institute, on Putin remark regarding possible use of nuclear weapons 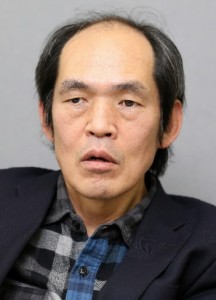 Russian President Vladimir Putin recently revealed that, during the crisis in Ukraine, he had ordered nuclear weapons to be readied for possible use, news that has generated outrage from the international community. How should his words be interpreted and what response should be made from the A-bombed city of Hiroshima? Kazumi Mizumoto, the vice president of the Hiroshima Peace Institute at Hiroshima City University and a specialist in nuclear disarmament, shared his perspective with the Chugoku Shimbun.

How do you view Mr. Putin’s words?

A nuclear superpower, which, along with the United States, holds more than 90 percent of the world’s nuclear weapons, has practically threatened to use its nuclear arsenal. This is a significant problem and could undermine international momentum for nuclear disarmament.

Though Russia was not threatened with nuclear weapons, Mr. Putin demonstrated a willingness to use nuclear weapons to resolve a regional conflict. In this way, he has made it easier to resort to nuclear weapons, an extremely dangerous development. If his words are justified and this notion spreads to Asia, where Russia, China, India, Pakistan, and North Korea all hold nuclear weapons, this becomes a grave concern. Japan will then feel more cause to rely on the U.S. nuclear umbrella, and this is incompatible with Hiroshima’s appeal for nuclear abolition.

Next month, the Review Conference of the Nuclear Non-Proliferation Treaty (NPT), held every five years, will open in New York, but it seems that Mr. Putin’s remark has thrown cold water on the momentum for this meeting. When the former Soviet Union dissolved, many of Russia’s nuclear weapons were on Ukrainian soil. But Ukraine decided to surrender the weapons and it joined the NPT as a non-nuclear weapon state. The words and deeds that have threatened a country which surrendered its nuclear capability affect the very foundation of the NPT system. At the review conference, there will be a lot of criticism in the general discussions by the participating nations.

We again have the sharp sense that Russia is reacting negatively toward nuclear disarmament.

When U.S. President Barack Obama made a speech in Berlin in 2013, he called for reducing the number of deployed U.S. strategic nuclear warheads by one-third and indicated an intention to reduce the number of short-range tactical nuclear weapons through negotiations with Russia. But Russia offered no response.

How do you view the attitude of the Japanese government?

I think the government has reasons for not wishing to create a rift with Russia over the issue of the Northern Territories. But Mr. Putin’s words are a rebuff to the idea of “reducing the role of nuclear weapons,” which is central to the style of nuclear disarmament advocated by Foreign Minister Fumio Kishida [elected from district one in Hiroshima]. The Japanese government should be resolute in rebuking Mr. Putin’s comment.

What do you think we can do from Hiroshima?

The question is whether the Russian people can stand up to their leadership’s reliance on nuclear arms. We should appeal to Russians through as many avenues as we can, telling them that relying on nuclear weapons is unacceptable. This can be done, for example, through the International Physicians for the Prevention of Nuclear War (IPPNW); the Pugwash Conferences on Science and World Affairs, an organization of scientists dedicated to the elimination of nuclear weapons; and networks of religious people.

The territories issue will not be resolved easily and the international community must step up its efforts so that this doesn’t lead to armed conflict. At the same time, the notion of using nuclear weapons more easily must be shunned, regardless of the presence or absence of the territories issue. Discussing the two issues together, we fall right into Mr. Putin’s trap. We have to keep the two issues separate and persist in emphasizing the humanitarian impact of nuclear weapons.

Kazumi Mizumoto
Born in Naka Ward, Hiroshima in 1957, Mr. Mizumoto graduated from the faculty of law at the University of Tokyo. He obtained his Master’s degree from the Fletcher School of Law and Diplomacy at Tufts University in the U.S. In April 1998, he became an assistant professor at the Hiroshima Peace Institute at Hiroshima City University. In April 2010, he became a professor, and in October 2010, he assumed his current position.