The Nuclear Age at seventy: Join with A-bomb survivors to create a world free of nuclear weapons 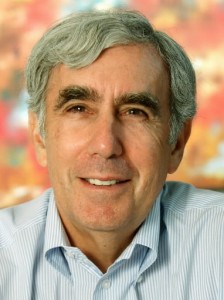 by David Krieger, President of the Nuclear Age Peace Foundation

The first explosion of a nuclear device took place at Alamogordo, New Mexico on July 16, 1945. Just three weeks later, the United States dropped an atomic bomb on the Japanese city of Hiroshima and three days after that on the Japanese city of Nagasaki. The new weapons had devastating power, killing approximately 100,000 people immediately in the two cities and another 100,000 people by the end of 1945.

Since these bombings brought the world into the Nuclear Age, the human future and that of other forms of life have been at risk. Never before did humankind have the power to destroy itself, but that completely changed in the Nuclear Age. By our own scientific and technological cleverness, we humans had created the means of our own demise. Our technological capacity for destruction had exceeded our spiritual capacity to work together and cooperate to end the threat that these weapons posed to our common future.

After the bombings of the two Japanese cities, the United States almost immediately entered into a nuclear arms race with itself. In 1946, when the US was the only nuclear-armed country in the world, it began atmospheric nuclear testing in the Marshall Islands, then a United Nations Trust Territory that the US had agreed to administer. The US broke the bond of trust by testing 67 nuclear weapons in the Marshall Islands, with an explosive power equivalent to detonating 1.6 Hiroshima bombs daily for 12 years.

In the decades that followed, other countries would develop nuclear arsenals. These included: the USSR (now Russia), UK, France, China, Israel, India, Pakistan and North Korea. On numerous occasions the nuclear-armed countries came close to using nuclear weapons by accident, miscalculation or design. The most serious of these near disasters was the Cuban Missile Crisis, which went on for 13 days in 1962, while the world stood on the brink of nuclear war.

Today there are approximately 16,000 nuclear weapons in the world, with over 90 percent in the arsenals of the US and Russia. Some 1,800 of these remain on hair-trigger alert, ready to be fired within moments. These are still insane numbers, with species- ending potential. Yet, strangely, most people on the planet do not think much about nuclear dangers.

One group of people, though, the survivors of Hiroshima and Nagasaki, still think a lot about these dangers. These survivors, or hibakusha (as they are known in Japan), have witnessed the horrors of nuclear weapons at close hand. They have seen the death and destruction caused by the relatively small nuclear weapons used at Hiroshima and Nagasaki. They speak out with the moral certainty that they do not want their past to become anyone else’s future.

All nine nuclear-armed countries are engaged in modernizing their nuclear arsenals. Together they are spending $100 billion annually on them. The US alone is planning to spend $1 trillion over the next three decades on modernizing its nuclear arsenal. It is a waste of precious resources that should be reallocated to meeting human needs for food, water, shelter, healthcare, education, a clean environment and repaired infrastructure.

Lawsuits against all nuclear-armed nations To set this right, the Republic of the Marshall Islands has brought lawsuits against the nine nuclear-armed countries, calling on the International Court of Justice (ICJ) to declare them in breach of their obligations and order them to commence the promised negotiations. Because the US is such an important player and does not accept the compulsory jurisdiction of the ICJ, a separate lawsuit was brought against it in US federal court.

If the people of the Marshall Islands can demonstrate such boldness and courage, so can the rest of us. It is time for action to demand a nuclear weapons-free world. It is time to challenge hubris with wisdom, and complacency with compassion. Nuclear weapons are powerful, but the human heart is more powerful. As Pope Francis said, we need a “conversion of hearts.”

David Krieger
Born in Los Angeles in March 1942. Earned a Ph.D. in Political Science from the University of Hawaii and a J.D. from the Santa Barbara College of Law. Founded the Nuclear Age Peace Foundation (www.wagingnpeace.org) and has served as its president since 1982. Has lectured throughout the United States, Europe, and Asia on issues of peace, security, international law, and the abolition of nuclear weapons. Has also written extensively on nuclear dangers to humanity. Wake Up! is his latest poetry book, published in January 2015, in which he continues on his path of writing piercing and thought-provoking peace poetry. Serves as a councilor on the World Future Council and an advisor to many groups working for peace in the Nuclear Age. Resident of Santa Barbara, California.