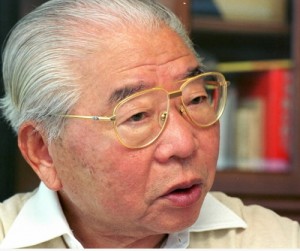 Seventeen percent of respondents claim to be “in fragile health”

I have two daughters, too: back then, one was in junior high and the other was in high school. I felt conflicted, worrying that the findings could demonstrate that the atomic bombing had an impact on the second-generation survivors, but I decided to deal with the issue head-on, without shrinking from the reality. We had to pursue a thorough investigation of the actual conditions.

We conducted the inquiry in February and March of 1972. It was a groundbreaking effort, carried out ahead of similar efforts by Hiroshima Prefecture and the City of Hiroshima. With the cooperation of 517 A-bomb survivors, we compiled information on the experiences of 1,039 second-generation A-bomb survivors. According to the inquiry, 17.7 percent of the second-generation A-bomb survivors claimed to be “in fragile health.” To be honest, I thought this figure was too large. There were also many obstetric abnormalities and birth defects.

We promoted a fundraising campaign to support second-generation A-bomb survivors nationwide and collected more than three million yen. I was glad to gather that amount, which was a lot more than I expected. I believe that people understood the meaning and need of the investigation on second-generation survivors and felt drawn to the campaign.

RERF has always maintained that it could identify no impact of the atomic bombing on second-generation A-bomb survivors through its research. But I’ve never really believed that. Judging from the research pursued by the National Railway Workers’ Union, I believe the bombing has had a definite impact on second-generation survivors. RERF has now finally decided to carry out a serious probe. Even if the findings stir up unrest, the correct conclusion must be swiftly made.

If the results show that the atomic bombing has had an impact on second-generation survivors, they should have access to support measures as generous as the relief provided to A-bomb survivors. The findings should not simply increase people’s anxiety; as a basic premise, the findings should be used by the government to handle the needs of second-generation survivors in an appropriate manner. Otherwise, the research will end up as research for its own sake.

After serving as an executive member of the National Railway Workers’ Union and the council for A-bomb Survivors within the union, Mr. Seto held important positions at the Hiroshima Prefectural Confederation of A-bomb Sufferers Organizations and the Japan Congress Against A- and H-bombs. Now in retirement, he lives with six family members, including a great-grandchild.

When I was an executive member of the council for A-bomb Survivors, I went to Tokyo every month to negotiate with officials of the Japan National Railway. Because I always brought up the issue of A-bomb survivors, they called me “A-bomb guy from Hiroshima.” My appeals to them were so persistent.

On the day of the atomic bombing, I was working at Hiroshima station, switching locomotives. Then there was a flash, and the next thing I knew, I had been blown to a spot about 30 meters away. I had also suffered burns to my face and my hands. I guess I was able to support A-bomb survivors and second-generation A-bomb survivors with such passion because I had experienced the bombing myself.