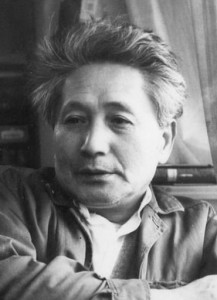 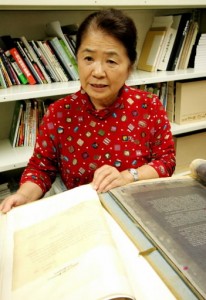 After the end of World War II, an artist from the city of Yasugi in Tottori Prefecture, Kanrai Kano (1904-1977), whose real name was Tatsuo, sought amnesty for Japanese nationals who were tried as war criminals in the Philippines. His efforts back then are now receiving considerable attention. In this year, which marks the 70th year since the end of the war, the first critical biography of Mr. Kano was published and greater numbers are visiting the Kano Museum of Art in Yasugi, which holds a collection of his works and materials about his life.

Mr. Kano was a Western-style artist and a member of the Association of Independent Artists. In 1949, when one of his acquaintances, a former rear admiral, was sentenced to death at a military tribunal in the Philippines, he began appealing for amnesty for Japanese war criminals and devoted himself to this campaign.

Mr. Kano sent more than 200 letters of petition to key figures in the Philippine government, including then President Elpideo Quirino. Mr. Quirino’s wife and three children had been killed by Japanese soldiers. Each time he made a plea, Mr. Kano expressed deepening remorse for what the Japanese military had done in the islands. At the same time, he appealed to the president for peace in the future, saying that he would wait for “a miracle of forgiveness for what was unforgivable.”

Finally, in July 1953, Mr. Quirino declared amnesty for 105 Japanese war criminals, including the former rear admiral, and the remains of 17 Japanese nationals who had been executed by that time were returned to Japan.

This past March, Mr. Kano’s daughter Kayoko, 71, a resident of Yasugi, published a biography of her father, which sheds light on his paintings and his life. Research and reporting on Mr. Kano, and requests to Kayoko to speak about him, have increased. From April to November, the number of visitors to the Kano Museum of Art in Yasugi rose to 9,000, double the number of annual visitors. Hideo Jin, the director of the museum, said, “This is probably due to the popularity of a special exhibit we held. However, many people are coming to the museum to see the permanent exhibits of Mr. Kano’s works.”

Hitoshi Nagai, an associate professor at Hiroshima City University’s Hiroshima Peace Institute, said, “The decision made by President Quirino to grant amnesty to the Japanese war criminals was based on several complex factors. Still, Mr. Kano’s enthusiasm stood out among the various efforts seeking their release.”