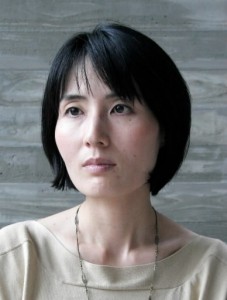 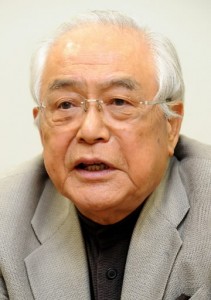 Akiko Naono, associate professor at the Graduate School of Kyushu University: A step back from Prague

I don’t think the speech made by President Obama included a single word meant to be spoken only in Hiroshima. Rather than stressing the inhumanity and horror of nuclear weapons, he compared them to the crudest rifles, and diluted the issue of nuclear weapons by speaking of war in general. What was the meaning of his visit to the Peace Memorial Museum? Though he can be a fine speaker, I didn’t think this was an eloquent speech.

It wasn’t clear to me who he was addressing. At least, I don’t think he was speaking to the atomic bomb survivors sitting in front of him. I dare say he was simply showing consideration for the feelings of American citizens by diluting the damage of the atomic bombings.

As for his resolve to abolish nuclear weapons, his speech in Hiroshima was clearly a step back from the determination he showed in Prague. The phrase he used in Prague, then repeated in Hiroshima, was “This goal won’t be realized in my lifetime,” which are words of doubt. He mentioned the suffering of children in the A-bomb attacks, but he touched on this within the context of the tragedy of war in general, rather than emphasizing the indiscriminate nature of an attack when nuclear weapons are used.

I’m not skeptical of President Obama’s personal conscience. However, it seemed that he came to Hiroshima only to make an appeal for strengthening the Japan-U.S. alliance. We shouldn’t be satisfied with a mere visit to Hiroshima and an empty speech.

I was dismayed, in fact, that the only speech Hiroshima could inspire from him was such a superficial address. I feel that we are now paying the price for not having seriously confronted the past, including the wartime responsibility borne by both Japan and the United States. We must shoulder this responsibility ourselves, delivering the needed words and actions, which are a far cry from President Obama’s abstract message.

President Obama’s speech was filled with literary turns and took into account the experiences of the A-bomb survivors and the presence of the Korean A-bomb victims. It was a well-crafted speech. However, I cannot say it touched my heart.

Why? Because he sidestepped the question of whether the atomic bombings were right or wrong in his address, despite that fact that this speech was made in an A-bombed city. In addition, the speech lacked specific political steps to be taken for realizing a world without nuclear weapons, the goal that President Obama himself has advocated. This makes no sense to me.

If we celebrate this visit too much, I’m concerned that the rest of the world may believe Japan has accepted the actions of the United States in dropping the atomic bombs. The people of the A-bombed cities should be resolute in saying that the atomic bombings were wrong.

Nuclear weapons are weapons of mass destruction, which violate international law, and seeking to hold the United States accountable for the atomic bombings is the rationale behind pursuing the abolition of nuclear arms. Rhetoric about not being bound by the past, and gazing only toward the future, stirs no energy or action for advancing nuclear abolition.

Over the past seven years, what has President Obama achieved to bring us closer to a world free of nuclear weapons? The ratification of the Comprehensive Nuclear-Test-Ban Treaty (CTBT), to which he had committed, has not yet been realized. Meanwhile, he has crafted a plan to spend over 1 trillion dollars in upgrading America’s existing nuclear arsenal over the next 30 years. There is a contradiction between his words and his actions. It seems that, prior to the end of his presidency next year, Hiroshima could contribute to creating his legacy.

Prime Minister Shinzo Abe, who accompanied President Obama, described the Japan-U.S. alliance by emphasizing the word “hope,” but he means the military alliance and a fortified U.S. nuclear umbrella. Though this looks like an equal relationship, we see Japan simply following the lead of the United States.

We must move beyond the excitement of this presidential visit and face the concerns and contradictions that involve Hiroshima.