Animated film on Fukushima nuclear accident to be screened in France 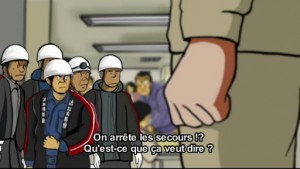 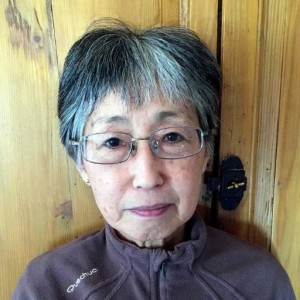 Next spring in France, a citizens’ group in Hiroshima called “Machi Monogatari Seisaku Iinkai” (“Community Story Production Committee”), which has developed a friendly relationship with survivors of the 2011 Great East Japan Earthquake, will screen an animated film titled “Munen” (“Sorrow”), which depicts the accident that struck the Fukushima No. 1 (Daiichi) nuclear power plant. The group hopes that the film will help the people of France, the second largest user of nuclear energy after the United States, become more aware of the impact of the accident at the nuclear power plant in Japan and the lives of those who were displaced by that disaster.

The film will be screened in the cities of Paris, Lyon, and Grenoble from March 18 to 25, 2017. Local residents who evacuated from the town of Namie, Fukushima Prefecture, a designated evacuation zone, will take part in the screening.

The film, which was completed in March 2016, runs about one hour and shows the chagrin felt by firefighters and the Namie residents who were forced to flee their hometown as well as bitterness over harmful rumors sparked by fears of radiation exposure. The film has been shown through independent channels in more than 300 locations in Japan.

Kurumi Sugita, 67, a former researcher at the French National Center for Scientific Research and a resident of the city of Grenoble, invited the displaced residents to visit France. After learning about the group’s activities, she raised the idea of screening the film there. She also created French subtitles for the film.

In France, there are 58 nuclear power plants in operation and they provide about 75 percent of that nation’s electric power supply. Ms. Sugita said, “For France, the accident at the nuclear plant in Fukushima isn’t someone else’s affair. I want the people of France to think about what would happen if a serious nuclear accident occurs and listen to the voices of the people of Fukushima.”

Takashige Shinzawa, 82, the chairperson of “Machi Monogatari Seisaku Iinkai” and a resident of Asakita Ward, Hiroshima, said, “The number of nuclear power plants still continues to grow in the world, and this problem is not limited to Japan.” It costs about 1 million yen to arrange a film screening, and the group is now raising funds via crowdfunding on the Internet.