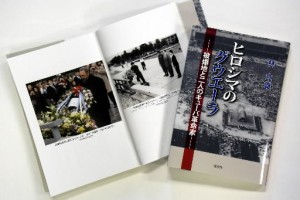 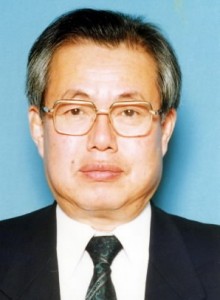 Records of Ernesto Che Guevara’s visit to Hiroshima shortly after the Cuban revolution, compiled by the late Tatsuo Hayashi, a former reporter for the Chugoku Shimbun, through his news gathering efforts, have been turned into a book. In the book, titled Guehra in Hiroshima: The A-bombed City and Two Cuban Revolutionists, Mr. Hayashi indicates that Mr. Guevara, after learning about the horrors of the atomic bombing, asked: “Aren’t the Japanese people outraged over this atrocity by the United States?”

In July 1959, Mr. Guevara laid a flower wreath at the Cenotaph for the A-bomb Victims and visited the Hiroshima Peace Memorial Museum before he met with the governor of Hiroshima. Mr. Hayashi was the only reporter who was with them at the time. Before Mr. Hayashi died in 2012 at the age of 79, he was working on a book about Mr. Guevara’s visit. His daughter, Kaori Aihara, 53, who lives in Tokyo, found the unfinished manuscript and made it ready for publication.

For the title, the word “Guehra” is used, instead of “Guevara,” because the Ministry of Foreign Affairs of Japan gave the wrong pronunciation to the Hiroshima prefectural government, according to Mr. Hayashi. This shows that the hero of the revolution was not well-known at that time. As Mr. Guevara’s title was that of major, prefectural government officials or reporters did not realize that he held the second most important position in the government, Mr. Hayashi wrote.

Mr. Guevara played one of the key roles in the revolution that toppled the pro-American government. According to Mr. Hayashi, Mr. Guevara toured the peace museum and asked a prefectural government official accompanying him, “Aren’t the Japanese people outraged over this atrocity by the United States?” He also raised a question about the inscription on the cenotaph not having a subject in Japanese.

According to Ms. Aihara, Mr. Hayashi developed the idea of writing a book that traces the evolution of the antinuclear movement, with Mr. Guevara as the prologue and Mr. Castro the epilogue. She wanted to pass down the records her father left to future generations, she added.

After working as a reporter for the Chugoku Shimbun, Mr. Hayashi served as a professor at Yasuda Women’s College. The 239-page book will be priced at 1,944 yen and includes a photo of Mr. Guevara offering flowers to the cenotaph, which was taken by a photographer of the newspaper.