Treaty on the Prohibition of Nuclear Weapons is Adopted, Part 4 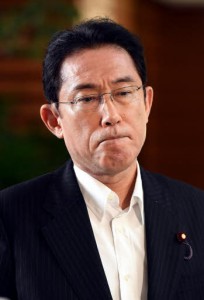 Confidence in A-bombed nation is shaken after it rebuffs treaty

A treaty that outlaws nuclear weapons was adopted on July 7 with the support of many non-nuclear nations after negotiations at United Nations headquarters in New York. The Chugoku Shimbun examines the significance of this agreement and subsequent steps for realizing a world free of nuclear arms.

The words “Permanent Mission of Japan to the United Nations” were absent from the list of organizers for a meeting featuring the testimonies of A-bomb survivors. On June 19, Peace Boat, a Tokyo-based NGO, held a gathering at United Nations headquarters in New York, on the sidelines of the U.N. conference for negotiating a treaty to ban nuclear weapons. A staff member from Japan’s Foreign Ministry said, “If the Japanese government supports the meeting for A-bomb testimony, despite not participating in the treaty talks, this could create misunderstanding and confusion among the international community. As a result of discussions within the ministry, we’ve made the determination that it is better to refrain from supporting the meeting. This was a very difficult decision.”

Last October, at a similar meeting that was held in conjunction with the First Committee (on Disarmament and International Security) of the U.N. General Assembly, the name of Japan’s Permanent Mission to the United Nations was seen on the list of organizers. However, in toeing the line laid down by the nuclear weapon states, which advocate a policy of gradual arms reduction, the Japanese government opposed the resolution to start negotiations for the nuclear ban treaty, which the First Committee adopted. Japan then refused to take part in these talks when they began in March.

After providing her testimony at the meeting, Toshiko Tanaka, 78, an A-bomb survivor and a resident of Higashi Ward, Hiroshima, expressed her frustration with the Japanese government by saying, “I feel ashamed for the people in the world.” Amatlain Elizabeth Kabua, the ambassador to the United Nations from the Marshall Islands, who lent support to the testimony meeting, also seemed deeply dissatisfied with the Japanese government’s attitude. The Marshall Islands were severely affected by the U.S. testing of nuclear weapons. Ms. Kabua said that she would like to ask Japanese officials directly why they boycotted the negotiations.

With confidence in Japan shaken, Koro Bessho, the Japanese ambassador to the United Nations, stated clearly that Japan would not sign the treaty at a news conference held outside the conference hall immediately after the agreement was adopted on July 7. This action only seemed to add insult to injury. Mr. Bessho said that the nuclear weapon states and the non-nuclear nations must work together to create a world free of nuclear arms.

In response to Mr. Bessho’s remarks, Akira Kawasaki, an executive committee member of Peace Boat, hit back by saying, “If the Japanese government is stressing cooperation between the nuclear states and non-nuclear states, it should join the treaty and draw the nuclear weapon states into the agreement. The nuclear ban treaty does not prohibit only the acts of using or threatening to use nuclear weapons, but also the acts of assisting, encouraging, or inducing anyone to engage in any activity prohibited under the treaty, and hence Japan’s policy of relying on U.S. nuclear deterrence can be regarded as a violation of international law.” Mr. Kawasaki said that the Japanese government seems to be avoiding all discussion as to whether or not it is legally permitted to join the treaty.

On July 11, at the first press conference after the adoption of the treaty, Foreign Minister Fumio Kishida, in response to a question regarding the possibility that the nation’s nuclear deterrence policy may violate the nuclear ban treaty, said that he would refrain from making any detailed comments because Japan did not take part in the negotiations. He then simply reiterated the Japanese government’s stance of placing priority on existing frameworks such as the Treaty on the Non-Proliferation of Nuclear Weapons (NPT), which obliges the nuclear powers to reduce their nuclear arsenals.

At the Japan-U.S. summit meeting in February, the Japanese government won a firm commitment from the Trump administration that Japan will be protected under the U.S. nuclear umbrella. Some experts believe that once the nuclear ban treaty has been established, Japan will be pressed to change its policy if it truly wishes to work together with the non-nuclear nations, which approved the treaty, when it comes to nuclear arms reduction.

What will become of the Non-Proliferation and Disarmament Initiative (NPDI), which was initiated by Japan in 2010 and seeks to create a world with a lower risk of using nuclear weapons? The 12 member nations of the NPDI include the Philippines and Mexico, countries that are backing the nuclear ban treaty. Hiromichi Umebayashi, a special advisor to Peace Depot, an NPO based in Yokohama, urges the Japanese government to make efforts to alter its security policy.

Mitsuru Kurosawa, a professor at Osaka Jogakuin University graduate school who specializes in international disarmament law, believes that Japan can take steps to address this situation by approving a policy of declaring “no first use,” which limits the use of nuclear arms to a response against a nuclear strike as well as by eliminating a launch-on-warning posture. Mr. Kurosawa said that while the Obama administration considered adopting both ideas, the Japanese government opposed them. He suggested that if Japan accepts these two ideas, it can clearly show its willingness to reduce its reliance on nuclear weapons and move closer toward joining the nuclear ban treaty.