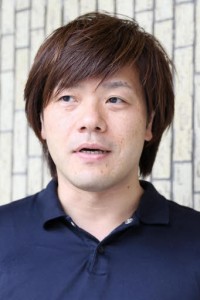 When I stand on the ground of the A-bombed city, I think of the tens of thousands of people who were killed or injured by the bomb within a radius of a few kilometers. A person could never say that nuclear weapons are needed, particularly after learning about the tragedy of the atomic bombing, seeing the appeal of the reconstructed city, and reflecting on the faces of the people here.

However, when nuclear weapons are viewed solely from a “strategic” point of view, a radius of a few kilometers wouldn’t even be seen as a small dot on a world map, which minimizes the potential damage. The Japanese government has openly stated that it will not join the nuclear weapons ban treaty, citing the need for the U.S. nuclear umbrella to ensure the nation’s security. But have they truly listened to the opinions of the A-bomb survivors when the survivors speak about nuclear weapons?

Mr. Hirano’s latest bestselling novel, Matinee No Owarini (At the End of the Matinee), features a second-generation A-bomb survivor of Nagasaki as one of the main characters. In the summer of 2015, the 70th anniversary of the atomic bombing, Mr. Hirano recited an A-bomb poem at a concert performed by the Hiroshima Symphony Orchestra.
I was engrossed in reading A-bomb literature, which became one of the reasons that I, as a literary person, grew interested in the damage caused by the A-bomb attacks and nuclear issues. The poem I read at the concert was called “Chinkonka” (“Requiem”) and it was written by Tamiki Hara. The daily conversation of the characters rooted in the local community is so vivid and realistic that I thought reading it would be the best way to convey the horror and the inhumanity of nuclear weapons.

These countries criticize the nations that support the treaty from the standpoint of “realism,” claiming that the treaty conflicts with the U.S. nuclear umbrella, will only widen the divide between the nuclear nations and the non-nuclear nations, and undermine the Nuclear Non-proliferation Treaty (NPT) regime. In fact, it is the NPT and the fact that it enables a limited number of countries to possess nuclear arms which is dividing the world’s nations. Much of these claims of “realism” by the countries that oppose the treaty are not questioned and this lack of debate puts society on a dangerous path.

These days, people are influenced by the Internet. The more we are flooded with information, the more we fear being perceived as not being knowledgeable. We leap at information that sounds plausible, and simply repeat it without thinking critically. Each person must first think about what the A-bombed nation should do and then express his or her own ideas. The political reaction is the next question.

Mr. Hirano believes that Japan should join the nuclear weapons ban treaty. Via Twitter, he questioned the Japanese government’s attitude when it would not even take part in the U.N. talks on the treaty.
This reliance on nuclear deterrence is a worldwide problem, a product of the Cold War structure. Japan’s contradictory behavior, relying on the nuclear umbrella while being “the only A-bombed nation,” cannot be resolved on its own. Japan must seek to resolve this contradiction by acknowledging the problem and calling on the international community to work together. The government should explain its position in a persuasive manner.

The Japanese government points to North Korea, which is pressing on with its nuclear development program, as one of the reasons the nation needs to be protected by the nuclear umbrella.

I don’t think talking to North Korea is impossible. What that country wants is the guarantee that it can maintain its current regime. We first need to create a scenario that can involve North Korea and defuse tensions, then work on the medium- and long-term solutions for these nuclear issues. No progress is possible if we just keep saying, “We won’t hold talks with this bad nation until they abandon their nuclear ambitions.”

In contrast to the Cold War era, when the world was divided by capitalism and socialism, Japan now has deep and interdependent economic ties with countries like China and Korea. We must not limit our view of the world from the perspective of nuclear deterrence.

Keiichiro Hirano
Born in 1975 in Gamagori, Aichi Prefecture. While still a law student at Kyoto University, he won the Akutagawa Prize in 1999 for his novel Nisshoku (Eclipse). He was 23, the youngest winner of this award at the time.