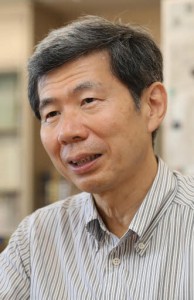 The Treaty on the Prohibition of Nuclear weapons is an important and inevitable step toward the abolition of nuclear arms. Nuclear weapons are capable of indiscriminately damaging the genes of people affected, including civilians, and the use of nuclear weapons should never be permitted under the principle of international law. It was therefore necessary that they be banned by some form of global prohibition treaty.

Although some countries argue that the nuclear weapons ban treaty will undermine the Nuclear Non-Proliferation Treaty (NPT) regime, that assumption is incorrect. Negotiations for nuclear reductions, which the NPT stipulates must be pursued by the five main nuclear weapon states -- the United States, Russia, the United Kingdom, France and China -- remain stuck at a prolonged impasse, and furthermore, the United States and Russia are planning to modernize their nuclear arsenals further. Meanwhile, India and Pakistan, which have not joined the NPT, now possess nuclear weapons, too, with no proper solution in sight. In this sense, the nuclear weapons ban treaty complements the NPT, which has many shortcomings.

The Japanese government, which advocates a policy of gradual reductions in nuclear arms, did not participate in the negotiations at the United Nations to create the nuclear weapons ban treaty, nor did it appear at the signing ceremony on September 20.
Japan should have supported the U.N.-centered diplomacy and exercised moral leadership by taking part in the negotiations. The nuclear weapons ban treaty came into existence as the result of the hard work done by responsible diplomats who represent many small- and medium-size countries. As shown in the process of establishing the treaty, at a time when the United States is unable to act as a superpower in this regard, multilateral negotiations have grown in importance. Despite this, Japan has thought only about the United States, which has taken the stance of “America first.” At the same time, New Zealand, which is also an ally of the United States and has long held an antinuclear position, has already signed the nuclear weapons ban treaty.

If the Japanese government intends to become a bridge between the nuclear weapon states and the non-nuclear nations, it must act in a way that can earn the trust of those countries. To that end, the Japanese government should start by appreciating the nuclear weapons ban treaty, at the very least, with respect to its aim of abolishing nucleararms and the points that align with its own arguments. The government is simply stressing the difference between the treaty’s approach to nuclear disarmament and its own, and has not acknowledged in any way that the treaty not only mentions the suffering of the A-bomb survivors but also points out the importance of civil society and education about nuclear disarmament, which the government itself has long advocated. According to the provisions of the treaty, any country which is not a party to the agreement can attend the meetings of States Parties. Japan would still be able to make a contribution by doing such things as inviting these meetings to Hiroshima and Nagasaki and providing medical assistance to the victims of the use and testing of nuclear weapons in the world in line with the treaty’s provisions regarding “assistance.”

A-bomb survivors’ organizations are urging the Japanese government to join the treaty. In the current situation, however, the government’s policy of depending on the U.S. nuclear capability for its security constitutes a barrier.
Japan’s reliance on the U.S. nuclear umbrella is not much different to North Korea’s mindset. The nuclear umbrella itself is no more than the threat to use nuclear weapons, and seen from the other side, it is just like a “nuclear spear” being held to the throat. In other words, the two countries are playing a game of nuclear tit for tat, in which one side threatens the other with nuclear weapons thus prompting the other side to react by making even greater threats to use nuclear weapons and leading to further nuclear development. It is a misguided security policy. Now that the nuclear weapons ban treaty has been created, this is the ideal time for Japan to reconsider its security policies.