The Key to a World Without Nuclear Weapons: Next Steps Toward Nuclear Abolition, Part 1 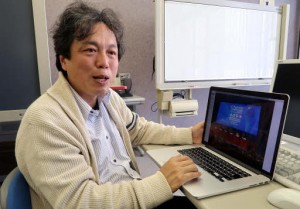 Now that the Treaty on the Prohibition of Nuclear Weapons has been established, what are the next steps toward advancing a world without nuclear weapons? The Group of Eminent Persons, on November 27 and 28, and the United Nations Conference on Disarmament Issues, on November 29 and 30, will be held in the A-bombed city of Hiroshima. At these conferences, the participants will discuss what actions should be taken next based on discussions that were made at the United Nations and at various other international conferences held after the adoption of the nuclear weapons ban treaty.

This past August, the latest session of the Pugwash International Conferences was held in Kazakhstan with more than 200 scientists from some 50 nations in attendance. In the conference statement, referring to the persistent, longtime efforts made by the A-bomb survivors (hibakusha) and those affected by the testing of nuclear weapons, the Pugwash Conference welcomed the adoption of the Treaty on the Prohibition of Nuclear Weapons. However, there were also strong calls for the United States and Russia, both of which possess some 7,000 nuclear weapons, to begin new talks to reduce their nuclear arsenals. This conference statement is now of strong significance because the Trump administration, which has been conducting a review of U.S. nuclear policy, is very likely to launch the development of new nuclear capabilities.

“At the conference, I heard a lot of concerns voiced over moves now being taken by the United States,” said Tomohiro Inagaki, a professor of elementary particle physics at Hiroshima University and a participant in the Pugwash Conference. He studied at Hiroshima University and has taken part in the Pugwash Conferences, which seek the total elimination of the world’s nuclear weapons, since the conference held in Italy in 2007. At the conference that took place in 2015 in Nagasaki, where Mr. Inagaki was involved in organizing the event, a declaration was adopted which requires all nuclear weapon states to abandon their modernization programs that aim to maintain and upgrade their nuclear weapon systems.

In stark contrast to this declaration, Mr. Trump, who assumed the U.S. presidency this year, has indicated the possibility of even expanding that nation’s nuclear arsenal. Professor Inagaki is worried that the so-called “Nuclear Posture Review” (NPR), which is expected to be completed by the end of the year, may include the idea of promoting the development and deployment of new nuclear weapons of smaller size and lower yield.

A plan to develop new, smaller nuclear weapons faltered when it faced congressional opposition under the administration of George W. Bush. That plan, however, has reemerged as a countermeasure to Russia and North Korea, which have been making advances in their nuclear development programs. The Defense Science Board, an advisory council of the U.S. Department of Defense, announced the plan in a suggestion offered to the new administration at the end of last year. It has also been reported that Paul Selva, the vice chairman of the Joint Chiefs of Staff who is believed to be involved in preparing the NPR policy, stressed the strategic importance of low-yield nuclear weapons in August.

If nuclear weapons with an explosive power of several kilotons, which is smaller than the atomic bomb dropped on Hiroshima (16 kilotons), are guided precisely, the damage could be localized, resulting in the use of low-yield nuclear weapons becoming a realistic option in attacking nuclear facilities and eventually functioning as a nuclear deterrent. This is the theory that has again emerged. But Professor Inagaki criticizes this idea by saying, “This proposition could lower the threshold for the use of nuclear weapons. The concerns over ordinary citizens being exposed to the risk of radiation would still exist, and the inhumane nature of such nuclear weapons, including the long-term effects of radiation on human health, would be the same as that of higher-yield nuclear weapons.” Contrary to these concerns, the United States is now moving forward with measures to extend the service life of old nuclear bombs, developed in the 1960s, by arming state-of-the-art F35 Stealth Fighter jets. Professor Inagaki strongly opposes these U.S. plans by saying that such initiatives run counter to the historical moves being made toward realizing the abolition of nuclear weapons and should therefore be stopped.

Like the United States, Russia is also modernizing its nuclear capability and increasing the role of nuclear weapons in its security system. To the nations that are advocating the nuclear weapons ban treaty, it seems that the nuclear superpowers have turned their backs on their obligation to reduce their nuclear arsenals under the Treaty on the Non-proliferation of Nuclear Weapons (NPT) and are instead creating a scenario in which the nuclear weapon states are in conflict with the non-nuclear states, although the nuclear powers maintain that they recognize the importance of the NPT.

The U.S. Congressional Budget Office revised the preliminary calculation for the cost of modernizing that nation’s nuclear weapons over the next 30 years to some 1.2 trillion dollars (around 135 trillion yen). The Pugwash Conference is calling for the United States to spend this enormous sum of money, which would be available if the modernization effort is dropped, on taking measures to prevent unexpected nuclear explosions and other kinds of security measures, and at the same time expedite the abolition of all nuclear weapons.