Why don’t we know the exact death toll from the bombing? (Part 2) 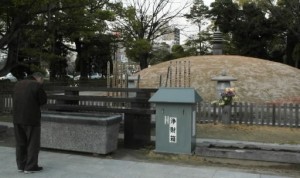 The method of calculation is unclear
In the previous issue,I offered some possible figures for the death toll.

In regard to my "homework," the city government could not confirm the method for arriving at the baseline figure for the death toll (140,000 people, with a margin of error of 10,000 people). Nobuyuki Teshima, a staff member in the department of International Peace Promotion, told me, "A committee of experts conducted the research and the answer is not available from city government documents."

I was hoping for something more conclusive, but this response provided a few clues.

Explanation in the newspaper

One clue is a contribution to the Chugoku Newspaper, dated December 10 and 13, 1976. The late professor of Hiroshima University, Minoru Yuzaki, who was a member of the committee (he was an associate professor in the Research Institute for Radiation Biology and Medicine at that time) provided two reports to the paper.

He explained that the committee based their calculation on the estimated population of Hiroshima as of February 1944, then compared it with the population of Hiroshima as of November 1945, figuring in reports by the military, the number of Korean victims, and other data. He also pointed out that the Japanese government had never conducted a full-scale investigation of the death toll.

However, why is the margin of error for the death toll as much as 20,000 people? Wouldn't it be possible to narrow the range by referring to family registers and examining applications for bereavement payments?

"Hiroshima War Damage Report" (Volume 3) indicates that before the atomic bomb was dropped, family registers (a registration system is maintained for all people born in Japan) had been moved to the countryside for safekeeping. Therefore, these family registers could be consulted, one by one, to determine whether or not the people had survived.

However, the city government hasn't tried this approach. In fact, they have actively erased the family registers of those families who were thought to have died in the bombing, leaving behind no record. Even recently, in 2003, another 166 people were deleted in this way. Although this number is concrete, Masahito Otowa of the city government remarked that the thousands of family registers erased in the past cannot be confirmed with any accuracy.

Moreover, when it comes to soldiers, protection issues involving personal information-especially related to military careers-means that lists of the dead cannot generally be accessed. And even so, it would be hard to judge if the soldiers were actually victims of the atomic bomb or not.

So, in fact, there are a number of obstacles to solving this matter.

Satoru Ubuki, a professor at Hiroshima Jogakuin University, was involved in the research work in 1976. He told me, "The research method has been controversial, but regrettably, we haven't yet found a better way."

The city's official death toll remains "140,000 people, with a margin of error of 10,000 people." Regarding the difference between this figure and the 89,000 people who can be identified by name, as we pointed out in the previous issue, city officials can only repeat, "We will do our best to identify all 140,000 people." (Kyoko Morioka, staff writer)