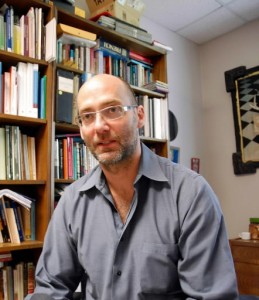 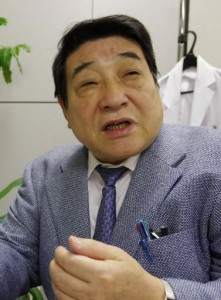 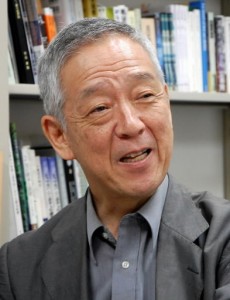 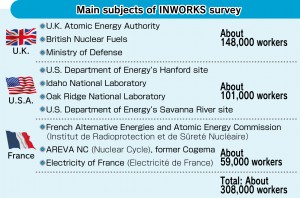 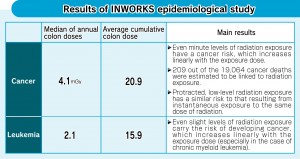 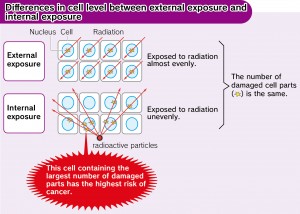 With regard to the effects of low-level radiation exposure on human health, the notion that “the health effects are not clearly known” has long prevailed due to the limitations of the health effects study on A-bomb survivors. As a result of the inability to clearly determine these health effects, the pros and cons of nuclear power generation and the range of opinions in this connection have gotten entangled with the scientific arguments. As the research advances, however, the risks of radiation exposure to human health are gradually becoming clear. This article in the series explores remaining issues related to radiation science.

If exposed to high levels of radiation at one time, people will very likely experience such acute symptoms as diarrhea and hair loss, and eventually the possibility of developing cancer and other radiation-related diseases in their later days of life will increase. As for exposure to very low levels of radiation, however, scientific studies have shown that the risk of developing cancer a few decades later is low if the radiation dose is 10 mSv or less.

From data collected through research conducted on workers at nuclear weapons-related facilities and nuclear energy facilities in the United States, the United Kingdom, and France, researchers statistically analyzed the relationship between the cumulative dose of radiation exposure and cancer and leukemia mortality, and compiled their study results in two separate papers. In the initial stages of the research, data was collected from 15 countries including Japan, but the subject data was later limited to those from the above three countries. Still, the number of workers in the study totaled around 308,000. The follow-up period covered some 60 years from 1944 when atomic bombs were being developed in the United States. For that reason alone, the data included a large number of deaths.

Asked about the significance of the study, Mr. Richardson replied that his study team was able to directly analyze the relationship between solid cancers and the level of radiation dose in the lower dose range, rather than estimating this using data gathered from A-bomb survivor investigations.

The study team calculated that, in the subject groups, the risk of dying from cancer increases by 48% for every one gray (1,000 mGy) of radiation exposure. It also showed that 209 of the 19,064 observed deaths due to cancer were excess deaths associated with radiation exposure. In a radiation dose of 100 mSv or less, a proportional relationship between the radiation dose and the risk of dying from cancer was also observed, although the statistical accuracy was not high.

Furthermore, the study paper emphasizes that the pace at which the mortality increases in proportion to the exposure dose is similar to that of A-bomb survivors, and that it cannot be said that damage to human health caused by protracted radiation exposure is less than the damage resulting from instantaneous radiation exposure.

In a study of leukemia based on data involving 308,000 nuclear industry workers, the median of the annual exposure dose was 2.1 mGy, and the cumulative exposure dose was 15.0 mGy. This shows that even low levels of radiation exposure run the risk of inducing leukemia, although that risk is very low.

These two papers have come under criticism, though. Tokyo’s Radiation Effects Association (REA), which conducts similar kinds of follow-up investigations in Japan, takes the opposite stance. It has concluded that low levels of radiation exposure do not necessarily affect mortality from cancer. Fumiyoshi Kasagi, the head of the REA’s Institute of Radiation Epidemiology, in particular, doubts that data of cancer caused by smoking was included in the mortality analysis. In response, Mr. Richardson rebuts Mr. Kasagi’s comment by saying that the link between radiation dose and cancer mortality remained unchanged when the analysis was made after excluding a group with lung cancer, which is strongly related to smoking.

The INWORKS data are submitted by the U.S. National Institute of Occupational Safety and Health and the Public Health England, and held and maintained by the International Agency for Research on Cancer, located in France. Japan’s Ministry of Health, Labour and Welfare contributes research funding. Mr. Richardson hopes that the outcome of INWORKS study will help each country improve radiation protection standards for the health of radiation industry workers. He says, however, that he wonders if the International Commission on Radiological Protection (ICRP), which recommends numerical standards, will revise the current numerical standard.

Mr. Richardson conducted a joint research project with the late epidemiologist Alice Stewart who reported the link between infant leukemia and X-ray photography of the pelvis, which used to be conducted on pregnant women, 60 years ago and earlier than anyone else. Mr. Richardson points out that the previous investigations involving A-bomb survivors have underestimated the effects of radiation on human health. In the survey of workers at nuclear weapons related facilities, Mr. Richardson has concluded that elderly workers are also sensitive to the effects of radiation.

In addition to the papers on the risk of cancer, INWORKS will publish a paper on cardiovascular heart disease. If protracted exposure to low levels of radiation increases the risk of disease only marginally, how should this be addressed?

I have applied the principle of internal exposure for treating such head and neck cancers as tongue cancer. With this method, minute seeds or needles of cesium or iridium emitting radiation are inserted into the diseased part so that they damage the DNA of the cancer cells and lose their ability to proliferate. This method is called brachytherapy.

The reachable distance of radiation emitted from these radioactive small sources is as short as just a few millimeters. A cell which is 0.1 mm from an iridium source, for example, is exposed to a radiation dose which is 1,300 times greater than a cell which is located 5 mm from the iridium source. As a result, the brachytherapy treatment can kill only cancer cells and does not damage normal cells which are a bit farther away from the radioactive small source.

However, if radioactive microparticles are taken into the body unintentionally due to a nuclear accident or the explosion of an atomic bomb, normal cells will become the target of internal exposure. Cells which are within close proximity of radioactive microparticles will be exposed to a large amount of radiation, resulting in an increase in the risk of developing cancer.

With external exposure, on the other hand, the radiation which has longer reachable distances is emitted from contaminated air and the surface of the ground and damages cells all over the body. So, external exposure is different from internal radiation in its mechanism.

However, according to the radiation protection system established by the International Commission on Radiological Protection (ICRP), if a person is subjected to internal exposure, it is assumed that the whole body is evenly irradiated, and the effects on the human body have been calculated and expressed in sieverts like external exposure. This calculation method is one of the causes for internal exposure being underestimated.

Follow-up surveys of A-bomb survivors cannot fully explain the cancer incidences of A-bomb survivors who were exposed to residual radiation after entering the city center soon after the atomic bombing, based on the radiation dose of external exposure only. And recently the paper which points out the possibility of internal exposure being a prime cause of cancer development has attracted attention. When considering the health risks caused by low-level radiation exposure, any discussion which ignores internal exposure cannot be said to be scientific.

Susumu Shimazono, professor at Sophia University: Science should return to the original precept of being “public, democratic, and independent”

The Chugoku Shimbun interviewed Susumu Shimazono, a professor of religious studies and applied ethics at Sophia University, about the nature of science in connection with this issue. Mr. Shimazono has made several remarks concerning low-level radiation exposure from the viewpoint of social science in his books, including Tsukurareta Hoshasen ‘Anzen’ Ron (Established Radiation Safety Theory).

Since the accident at the nuclear power plant in Fukushima, the social responsibility of scientists has been called into question.
When some experts presented a safety theory by asserting, “If people don’t worry about radiation exposure too much, then radiation doses as low as 100 mSv don’t matter,” the residents of Fukushima doubted whether or not the government and these experts are really concerned about them. The comments of such experts could be interpreted as the government telling residents to endure the effects of exposure to low levels of radiation. Furthermore, after the nuclear accident, radiation diffusion predictions were not publicly released and neither were the radiation doses fully measured. Shocked by these government responses to the accident, many Fukushima residents still greatly distrust the experts. This situation can be considered a threat to science itself.

Why do you think such a safety theory was created?
To begin with, the scientific field of health physics, which deals with the health effects of radiation, has worked in collusion with politics and has had political advantages since it started. It was originally established as part of military research connected to the development of atomic bombs rather than for the purpose of protecting human health. Therefore, in the field of health physics, it is difficult to respect academic freedom.

Furthermore, in Japan, a safety myth was spread starting in the 1990s after the nuclear accident occurred at the nuclear power plant in Chernobyl. The international players seeking to promote nuclear energy stepped up their support for this development of the safety myth in Japan, which is a long distance from Europe. In the United Stated, a research report indicating that exposure to radiation as low as 100 mSv or less causes corresponding damage to human health was published. In Japan, however, funds were invested in research attempting to prove that not only does exposure to low levels of radiation not affect human health, but that it is actually beneficial to human health.

Do you mean that, ironically, the Chernobyl nuclear accident helped to create the “safety myth” in Japan?
The scientists who promoted nuclear energy were severely criticized in Chernobyl for their assertions that the nuclear accident there did not cause any consequences to human health. However, probably because they learned from their experiences, they started spreading the idea that the biggest health effects from radiation are the psychological effects resulting from worrying too much about the effects of radiation itself. As a result, the notion that the role of scientists is to eliminate fear and anxiety spread among the scientific community. However, if a high priority is placed on eliminating anxiety, the cover-up of information on the grounds of averting panic will become justified.

What is required of scientists?
The philosopher Junzo Karaki pointed out about 40 years ago that scientific technology that has lost its higher purpose can be capable of destroying humane life. These days, however, rather than an attempt to prevent science from getting out of control, there is a strong trend for a naive, scientific utopianism in which all problems are solved through scientific advances. Science is assessed only in terms of the profit it efficiently makes and the ability it has to empower nations and large organizations, and if it is judged highly, funds are forthcoming. A discussion on the need to apply the brakes on scientific development into a dangerous area is very rare.

The Science Council of Japan has tried to pursue the basic policy of being “public, democratic, and independent” with regard to nuclear energy research, but has failed. Scientists have a responsibility to consider all probable consequences of their research and, if the consequences are likely to place burdens on or bring disadvantages to future generations, that research must be stopped. Scientists must be open to criticism from other scientists not only in a specific, narrow field but also in a wide range of fields.

This article concludes the series “Gray area: Effects of exposure to low-level radiation.”