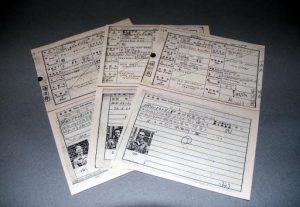 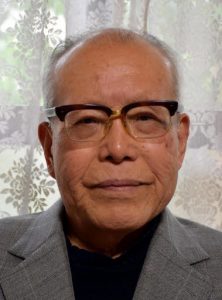 With support from the Japanese and Dutch governments, and citizens of Japan and the Netherlands, an effort to find family members of Dutch prisoners of war who were killed in the atomic bombing of Nagasaki, and console the spirits of the dead, is making gradual but steady progress. This effort was originally initiated by Shigeaki Mori, 81, an A-bomb survivor and resident of Nishi Ward, Hiroshima. Mr. Mori vows to continue moving forward so that, friend or foe, all A-bomb victims will be remembered.

Mr. Mori’s aim is to file applications so that the names and photos of all the Dutch A-bomb victims will be registered at the Nagasaki National Peace Memorial Hall for the Atomic Bomb Victims in the city of Nagasaki. About 15 years ago, he began investigating the lost soldiers and succeeded in registering one British soldier and three Dutch soldiers. This year, he restarted his search for the family members and relatives of the remaining four Dutch soldiers and has been devoting substantial time and energy into locating photos of these men.

With the help of Japanese nationals living in the Netherlands, the names of two out of the remaining four soldiers were registered at the Nagasaki Peace Memorial Hall by November. This month, a photo of one of the two soldiers was found, and Mr. Mori has made contact with family members of that soldier to ask whether they would like the Peace Memorial Hall to also register his photo. With regard to the other two soldiers, it was found that their photos had been transferred to the Dutch government by the Japanese government after the war, and are now contained in the POW interment cards that are held by the Dutch National Archives.

Mr. Mori said with excitement, “I’m very surprised to find out that the photos and names of the Dutch soldiers have been found much earlier than I expected. Locating the whereabouts of the relatives of the remaining two soldiers is the most challenging part of this search, but I’ll do all I can to find them.”

The search being carried out this year is different compared to the previous search 15 years ago due to advances in publishing a large volume of public records on the Internet and the understanding and empathy felt worldwide for Mr. Mori’s activities. Tsutomu Kono, the Senior Political Affairs Officer of the United Nations Office for Disarmament Affairs, in New York, is aware of Mr. Mori’s work and asked the Dutch ambassador to the United Nations, Karen van Oosterom, to aid Mr. Mori in this effort. As a result, a wide network of assistance for Mr. Mori and his work has expanded to the Dutch embassy in Japan (in Tokyo), and researchers of history and other citizens in the Netherlands.

The Dutch prisoners of war who were held in Nagasaki during World War II were captured in March 1942, three months after the start of the Pacific War, when the former Japanese army occupied the Netherlands East Indies (present-day Indonesia). They were then transferred to the Fukuoka POW Camp No. 14 Branch in Nagasaki in 1943. About 300 prisoners of war were forced to perform hard labor at the Mitsubishi Heavy Industries Nagasaki Shipyard in 1945. The total number of Allied POWs is said to have totaled more than 250,000, including 36,000 soldiers who were transferred to 130 POW camps in Japan, including the one located on Mukaishima Island in the city of Onomichi.

Taeko Sasamoto, 70, a resident of Yokohama and a co-founder of the citizens’ group called the POW Research Network Japan, who was involved in the Japanese to English translation of the POW interment cards in cooperation with the Dutch government, hopes that people’s interest in the Allied POWs will grow through the efforts of Mr. Mori, who has pledged to all A-bomb victims that he will never forget them.

Yukari Tangena-Suzuki, 67, the chair of the foundation Dialogue-Netherlands-Japan-Indonesia, a group which talks about war experiences, is lending support to Mr. Mori’s activities. She said, “In the Netherlands, anti-Japanese sentiment is deeply rooted in the minds of some people, and some former captives still believe that they were released as a result of the atomic bombings of Japan. Mr. Mori’s efforts to console the spirits of the deceased soldiers is a first step toward achieving better mutual understanding between the Netherlands and Japan.”