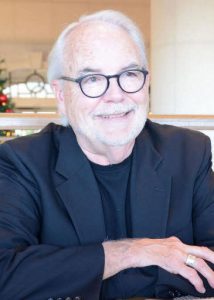 The Briscoe Center for American History, a research unit and public service component of the University of Texas at Austin, is planning to publish a collection of photographs which shows the devastation caused by the atomic bombings of Hiroshima and Nagasaki. The collection will come out in September 2020, 75 years after the A-bomb attacks. The center also plans to hold exhibitions of these photos in the United States. In an interview conducted in Japan, Don Carleton, the executive director of the Briscoe Center, said that they would like to show American young people what happens when human beings are attacked with nuclear weapons.

It is an encouraging event for an academic institution to publish a book of atomic bomb photographs in the United States, where the belief that the use of the atomic bombs brought the war to a swift conclusion is deeply ingrained. All the photos in the book will be provided by a photographers’ group called “Hankaku Shashin Undo” (Anti-nuclear Photographers’ Movement of Japan). The group is based in Asaka-city, Saitama Prefecture and collects and preserves atomic bomb photographs. The Briscoe Center has not yet decided in detail how many photos will be used or how many pages the book will contain. They also plan to hold photo exhibitions not only at the center in Austin but also in other U.S. cities.

The Briscoe Center for American History is a history research center which collects and preserves documentary photos, film footage, official documents, and other materials involving key themes in Texas and U.S. history.

Mr. Carleton visited Japan in November to prepare for the book of photographs. He said that two photo books published in 2015 inspired him: The Collection of Hiroshima Atomic Bomb Photographs (Definitive Edition), and The Collection of Nagasaki Atomic Bomb Photographs (Definitive Edition). Both were published by the Hankaku Shashin Undo and released by Bensei Publishing Inc. The books contain a total of 826 A-bomb-related photos taken by citizens, military photographers, and journalists after the atomic bombings of Hiroshima on August 6 and Nagasaki on August 9, 1945. These photos show the devastation wrought by the atomic bombs, including images of the cities burnt to the ground and people who were severely burned.

“We are not interested in refighting the war over again, arguing about the war. This is not a debate about the war. We want our students and researchers to have this evidence of what happened in Hiroshima and Nagasaki,” said Mr. Carleson. “We are hoping that the younger generation will learn from looking at this devastation, that this is what happens when there is nuclear war.” In October, the Briscoe Center exchanged a memorandum with Hankaku Shashin Undo, which has agreed to provide all image data and an explanation of each photo printed in their two photo books.

While they were in Japan, Mr. Carleton and two other staff members visited the atomic bomb museums in Hiroshima and Nagasaki, and Fukuyama Technical High School in Fukuyama, Hiroshima Prefecture. The high school is involved in creating a virtual reality (VR) video of the city of Hiroshima before the atomic bombing. They also met Terumi Tanaka, 86, the co-chair of the Japan Confederation of A- and H-bomb Sufferers Organizations (Nihon Hidankyo).

Kenichi Komatsu, 65, the chair of the steering committee of Hankaku Shashin Undo, also met with the group from Texas in Tokyo. He looks forward to the publication of the photo book, saying, “I felt their determination to publish the book. This attempt to inform the people of Texas, a conservative state, of the horror of nuclear weapons is aligned with the wishes of those who risked their lives in taking pictures of the devastated cities.”