Hiroshima Prefecture presents plan to preserve exterior of clothing depot building No. 1, demolish buildings No. 2 and No. 3 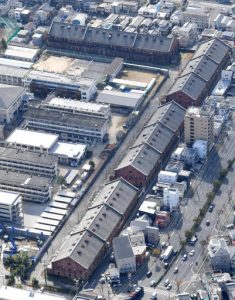 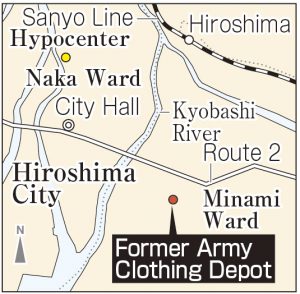 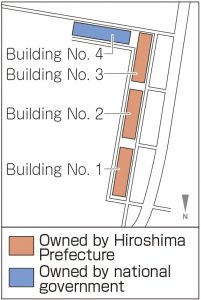 On December 2, the Hiroshima prefectural government made the decision to preserve the outer appearance of building No. 1 and to demolish buildings No. 2 and No. 3 at the former Army Clothing Depot, located in Minami Ward, one of the city’s largest sites with A-bombed buildings. The three buildings are owned by Hiroshima Prefecture. The estimated cost of 800 million yen will be included in the initial budget for fiscal year 2020, with the project starting in the same fiscal year. However, the citizens of Hiroshima, with their respect for the silent A-bomb victims, will inevitably express their opposition to this plan. Hiroshima Prefecture will observe the public’s response to the plan as it moves forward.

In September, Hiroshima Prefecture said that it planned to take steps to ensure the safety of these buildings, as they have deteriorated with age and are in danger of collapsing in the event of an earthquake. In October, the prefecture released six different plans that included earthquake-proofing, demolition, and exterior preservation for the buildings. According to those involved, Hiroshima Prefecture has adopted the idea of preserving building No. 1, which is the closest building to the hypocenter, and demolishing and removing buildings No. 2 and No. 3, and will soon make an announcement regarding its decision.

According to the prefecture’s plan, building No. 1, whose outer appearance will be preserved, will undergo reinforcement work on the west wall so that it will not cause damage to private homes nearby even if the building is hit by an earthquake of 6 or greater on the Japanese seismic scale. The building’s roof will be modified and repaired, and it is envisioned that the preservation work will be completed in fiscal year 2021. While the work is being carried out, Hiroshima Prefecture will consider how to utilize the building with Hiroshima City and the national government. There is also the possibility that the interior of the building will be earthquake-proofed and made use of in some way.

The demolition of buildings No. 2 and No. 3 will be planned in fiscal year 2020 and is expected to be completed by the end of fiscal year 2022. Before the buildings are demolished, the current state of the three buildings, including building No. 1, will be digitally recorded using the latest virtual reality (VR) technology.

The three buildings were built 106 years ago. In December 2018, Hiroshima Prefecture prepared a revised plan that included the construction of a building (a one-story building of about 130 square meters) to listen to A-bomb testimonies on the Depot grounds. However, after members of the LDP, the prefecture’s largest parliamentary group, weighed the heavy financial burden that the prefecture would be forced to bear, Hiroshima Prefecture was forced to alter this plan. Since then, it has been considering how to resolve the buildings’ safety issues.

Former Army Clothing Depot
The former Army Clothing Depot was used to manufacture clothing and footwear for the former Japanese Army. It was built in 1913 and is located 2.7 kilometers southeast of the hypocenter. It once consisted of 13 warehouses, but now four buildings stand in an L-shaped configuration. Buildings No. 1 to No. 3 are owned by Hiroshima Prefecture and building No. 4 is owned by the national government. The four buildings are three stories high and made of reinforced concrete and bricks. Buildings No. 1 to No. 3 have a total floor space of 5,578 square meters each, and building No. 4 has a total floor space of 4,985 square meters. After the war, they were used as a student dormitory for Hiroshima University, a school building for Hiroshima Prefectural Hiroshima Technical High School, and warehouses for Nippon Express. None of them have been used since 1995.