Striving to fill voids in Hiroshima 75 years after the atomic bombing—200 photographs, images of pre-bombing Hondori shopping arcade are discovered 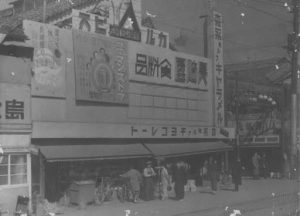 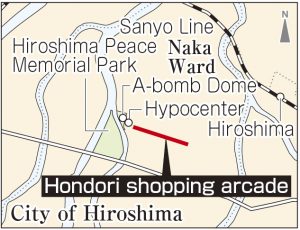 Seven organizations in Hiroshima prefecture have images of “lost town”

On December 30, it was learned that seven organizations in Hiroshima prefecture, including the Hiroshima Peace Memorial Museum, have more than 200 photographs and postcards—taken from the start of the Showa era until the atomic bombing—that capture images of Hondori, a shopping arcade in Naka Ward and one of Hiroshima’s busiest districts, as well as its surrounding areas. The materials are important for understanding the appearance of Hiroshima’s downtown area, which was completely destroyed in the atomic bombing, and the A-bombing’s devastation. With continued donations, the number of pre-bombing archived images is on the rise.

The Chugoku Shimbun confirmed the storage situation of the photographs and postcards by reaching out to the organizations. The Peace Memorial Museum has in its archives about 140 such images, the largest number among the organizations. Of that total, about 130 images were taken by the late Rokuro Suzuki, who managed the barbershop in former Harimaya-cho (now part of Hondori, in Naka Ward). The photographs and other images were donated by his family in 2014. In addition, some photographs have been purchased on internet auctions and donated by individuals to the museum.

The barbershop photographs represent a window into the daily life of Mr. Suzuki and his family and also show some of that Hondori street corner. According to a Peace Memorial Museum curator, “This information is valuable because people at that time had fewer opportunities to take photos in front of shops, compared with the more scenic spots such as Hiroshima Castle.” Additional photographs are expected to be privately stored in the people’s homes.

The Hondori shopping arcade, which runs east-to-west in the downtown area of Hiroshima, is located from several tens of meters to 700 meters from the hypocenter. At present, the Hiroshima Hondori Shopping District Promotion Association (with 165 member shops) owns only four photos of the shopping arcade taken before the atomic bombing, including one showing the exterior of the Shimomura Clock Shop. Measures are needed to learn more about the appearance of the area, which was wiped out in the atomic bombing, by establishing a system, for example, that allows people to simultaneously view the images currently stored in different locations.