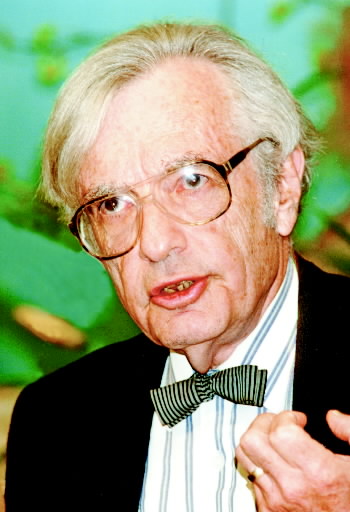 Director of the Center on Violence and Human Survival,

The end of the cold war enables us to look more clearly at the world. We need no longer be blinded by the strange polarization that so consumed and distorted international perceptions. New openings bring confusions, but also the possibility of new insight.

What becomes immediately evident is the absurdity of our longstanding relationship to nuclear technology. We can view with retrospective detachment the specter of two morally mad superpowers threatening to exterminate one another, and the rest of the world into the bargain. Indeed each, according to the rules of that bizarre arrangement, had to be willing to do so under certain conditions in order to maintain its ”credibility” for what we used to call “nuclear deterrence.”

But we are just now beginning to tabulate the human costs of those nuclear weapons policies, and, by extension, the technology of nuclear power as well. A key to understanding these costs comes from a phenomenon that impressed me profoundly in my study of Hiroshima survivors: their experience of what I came to call “invisible contamination.” The hibakusha (victims of radiation) encountered a weapon that could not only destroy on an unprecedented scale but leave behind in the bodies of those exposed a potentially fatal poison they could not see, feel, or smell. That poison, stemming from irradiation, could either reveal itself very quickly or else remain quiescent for months, years, or decades. Survivors have been haunted by a lifelong fear of invisible contamination, a fear that could extend over the generations. During recent trips to Hiroshima, people would tell me of their relief that studies show no significant increase in abnormalities in the next generation, but would sometimes add that they are still worried about what could happen to the third generation and the ones after that. This book represents the broadest documentation of the effects and fears of this “invisible contamination” as experienced by people exposed to radiation in one way or another throughout the world.

Our self-destructive pursuit of this technology is propelled by our distorted psychological relationship to it, by the spiritual disease I call nuclearism. By nuclearism I mean a form of exaggerated dependency on the technology to the point of near worship. Nuclear weapons can become virtual deities, embraced as a means of protecting us from danger and evil, of keeping the world going, of providing salvation.

Perhaps this is not surprising, as the weapons can represent a combination of ultimate technology and ultimate power. They can do what in the past only God could do, destroy the world, and therefore, we assume, they can create wondrously as well. These distortions did not begin with the appearance of the weapons; they were part of the original mythology of radiation, dating back to Marie Curie and before, attributing to it a life-enhancing magic and even a capacity to endow immortality.

That mythology takes its latest and most grotesque form in a contemporary projection of a superweapon of unprecedented explosive power, not to be used on earth but only against “killer asteroids” or “doomsday comets” threatening from the outer atmosphere. That advocacy was dramatically put forward by Edward Teller at a recent meeting of nuclear scientists held at Los Alamos, the laboratory at which the Hiroshima bomb was constructed. In the middle of the proceedings there came a cry of “Nukes forever!” from the back of the room. Uttered by one of Teller’s leading disciples, it suggests the religious fervor with which the very agents of our potential annihilation can be rendered immortal objects.

This book reveals the weapons and the technology for what they are, and in the process contributes greatly to our struggles to extricate ourselves from nuclearism. Its stance is steady and even-handed as it examines radiation effects everywhere–at Three Mile Island or on a Navajo reservation in the United States, or in Chernobyl and surrounding areas, the disease of nuclearism; the lure of the weapons and the technology affects all.

A virtue of this book is its exclusive concern with human beings. It avoids the pseudoscientific rhetoric of technical achievement and risk assessment in favor of straightforward description of what the various phases of the technology have done to people, and of the resulting fear, anger, and frustration. The book wisely includes effects of both weapons production and nuclear power. While these are separate social and political issues, the poisons and the physical and psychological responses to them are all too similar. When I interviewed people at Three Mile Island in Pennsylvania, their fear of invisible contamination was directly reminiscent of what I had encountered in Hiroshima. That kind of fear is in no way pathological, but represents the mind’s equivalent of what the great American physiologist Walter Cannon once called, “the wisdom of the body.”

There is compelling appropriateness in the project’s being undertaken by concerned journalists from Hiroshima. From the time the bomb was dropped, the Chugoku Shimbun, as Hiroshima’s leading newspaper, has been a prime source of information about the experiences and feelings of the people of that city over subsequent decades. Its editors and writers have taken on what I call a “survivor mission” on behalf of the city’s victims, a commitment to transforming the fear, conflict, and pain of the survivors into an active exploratory enterprise of profound significance.

Their contribution goes even beyond their descriptions of the human effects of radiation. In the way they have approached their study, they have demonstrated what I call a species mentality, a commitment that transcends immediate group or nationality and extends to all of humankind. They evoke in us a sense of shared fate, of universal susceptibility to a technology that knows no boundaries, geographical or temporal. We are all in this together, as potential victims and potential perpetrators as well. (Groups everywhere, when responsible for radiation effects, are strikingly similar in their patterns of false reassurance, denial, and encouragement of psychic numbing or diminished inclination to feel.)

The simple truth this book forces us to recognize is that nuclear technology endangers our species. That is so for two decisive reasons: the uncontrollable dimensions of accidents or detonations (whatever the claim of limited risk), and the ineradicable existence of human error. Whatever the brilliance of the technology, it must be managed by fallible human hands. Hence, whatever the assumed needs for weaponry and power sources, there are better ways.

More than that, the mentality that follows upon our recognition of shared fate can prod and expand our capacity for what I call a species self. The term refers not to a distant, noble ideal but an actual sense of selfimportantly related to one’s connection to all other selves on the planet. This does not mean that one ceases to be an American or a Japanese or a Nigerian, or for that matter a mother or husband or physician or working person. Rather than surrender one’s more immediate identifications, one subsumes them to the larger human identity.

As we travel around the world with the authors of this book, we come to realize that species mentality and species self are principles virtually imposed upon us by our own deadly nuclear technology. In renouncing and replacing this technology, we assert our capacity to function collectively on behalf of the human future.