Desire for peace is inspired through arts activities in Hiroshima 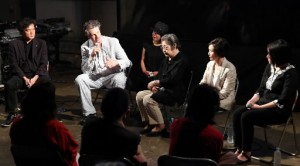 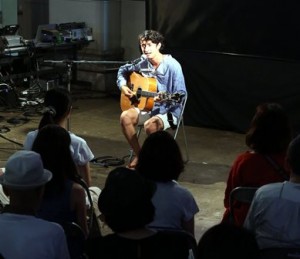 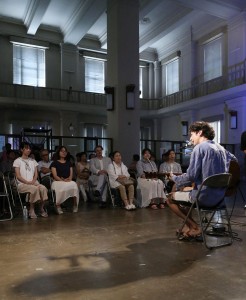 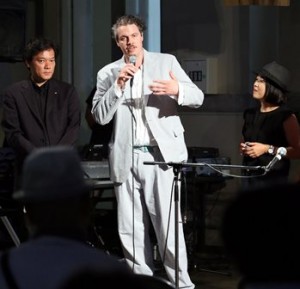 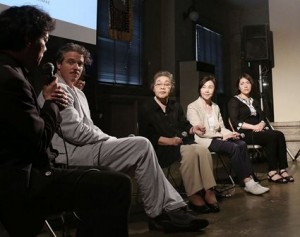 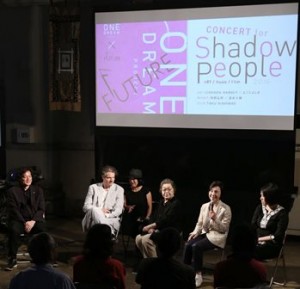 On July 24, an event designed to inspire people to think about peace through the arts was held at the former Hiroshima branch of the Bank of Japan in Naka Ward, Hiroshima. Artists and others in and out of Japan organized the event and about 50 citizens took part.

A documentary film which traces the life of the late John Hersey was also screened at the event. John Hersey was an American journalist and one of the earliest voices to convey the damage wrought by the atomic bombing of Hiroshima to the world. Cannon Hersey, an artist and a grandson of John Hersey, was featured in the film and spoke with Teruko Ueno, 87, an A-bomb survivor and a resident of Nishi Ward, who was also involved in making the film. He told her that these efforts have helped him understand the deeper feelings of his grandfather and the A-bomb survivor.

A concert and an art exhibition on the theme of peace were also part of the event. Ryuichi Ozaki, 52, an instructor at a design school and a resident of Higashi Ward, said, “To me, creative activities that demonstrate what people feel in the A-bombed city can lend momentum for thinking about peace.”

A group that includes Cannon Hersey have also been engaged in other efforts in the city of Hiroshima, such as an exhibition of art work created by young people from Japan, the United States, and South Africa who paid visits to the A-bombed cities of Hiroshima and Nagasaki. The costs involved in these activities have been partly covered by the Hiroshima International Cultural Foundation.