Peace center is established on Philippine island of Mindanao, a place of conflict, to learn about Hiroshima 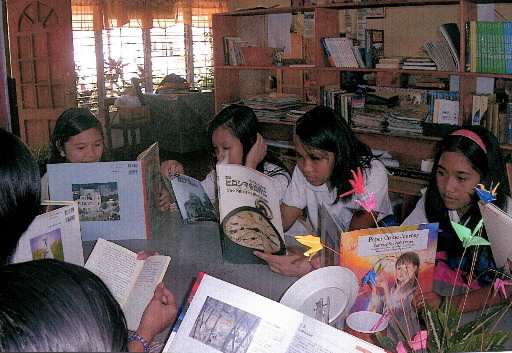 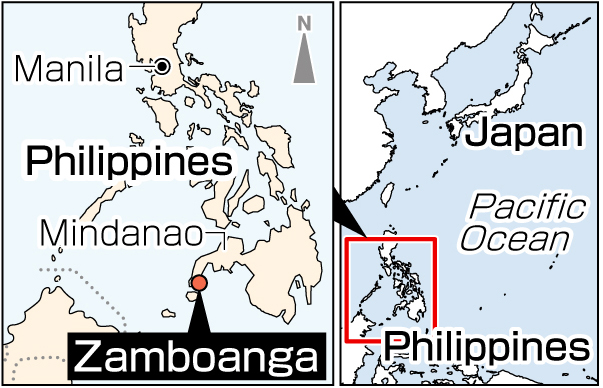 Peace Advocates Zamboanga, an NGO involved in peace advocacy on the island of Mindanao in the southern Philippines, has established a peace center at a school in the city of Zamboanga with the cooperation of a citizens’ group in Hiroshima. The center, called the “Peace Crane Center,” serves as a place for learning about the importance of building peace on the island, which has suffered conflict for decades. The center has made use of a vacant room at the school for peace education, and children are encouraged to look at books and DVDs concerning the atomic bombings of Hiroshima and Nagasaki.

The Peace Crane Center was created with governmental assistance to the public school attended by children ages 12 to 16. The center contains such materials as picture books depicting the life of Sadako Sasaki, a Japanese girl who died of radiation-related leukemia ten years after her exposure to the atomic bombing, and the DVD “White Light/Black Rain,” directed by Steven Okazaki, a third-generation Japanese-American. These serve as teaching materials at the school. In addition, the center has personal computers and a collection of drawings created by Mindanao children.

Aldrin Abdurahim, 26, a member of the peace advocacy group, conceived the idea for the center. The concept came to him after visiting Hiroshima to take part in a workshop organized by the Japan International Cooperation Agency (JICA) in 2011 in which the participants learned about Hiroshima’s reconstruction after the war.

Books, DVDs, and computers were donated by ANT-Hiroshima, an NPO located in Hiroshima. Tomoko Watanabe, 59, the executive director of the organization, had served as a lecturer at the JICA workshop and agreed to help support Mr. Abdurahim’s vision.

Mr. Abdurahim and his colleagues are hoping to establish similar peace centers at various sites in the city, including more schools. “I want children living in a conflict area to recognize the importance of peace,” he said. “I’d like to help our beautiful island recover, so that everyone here can live in peace.” Ms. Watanabe commented, “Japan invaded the Philippines during the war. When it comes to building peace, it’s vital for young people to act. I’d like to continue offering my support.”

Conflict on Mindanao
Islamic forces, seeking independence, have pursued an armed conflict with the military for over 40 years. An estimated 170,000 people have been killed in the fighting, and over two million others have become refugees. In October 2012, the Moro Islamic Liberation Front, an anti-government group based on the island, signed a framework for peace with the Philippine government. The agreement enables, in 2016, the establishment of new autonomous administrations in areas with Muslim residents and is a stepping stone toward peace in the region. Nevertheless, difficulties are anticipated, including unstable security conditions.