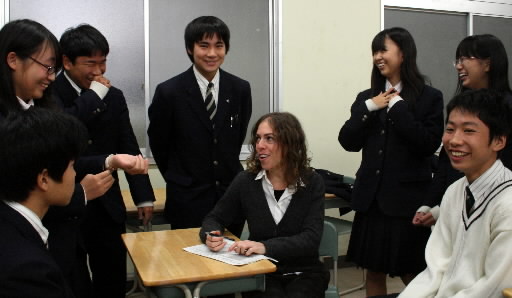 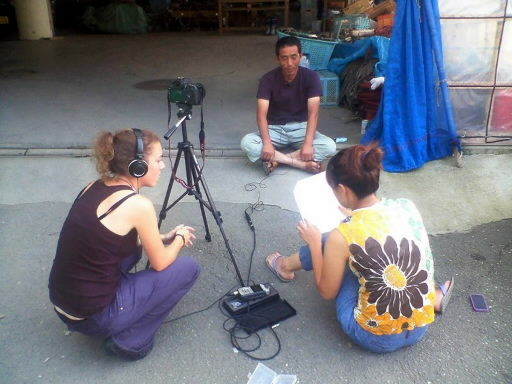 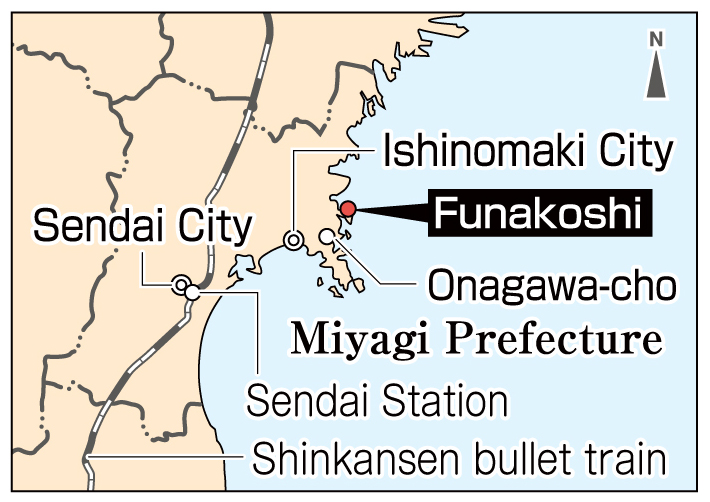 Estelle Herbert, 27, a Canadian woman teaching English at Inokuchi High School, located in Nishi Ward, Hiroshima, is working on a documentary film about the reconstruction efforts taking place in a small fishing community in the city of Ishinomaki, Miyagi Prefecture following the Great East Japan Earthquake. She has paid a number of visits to the area and hopes to complete the film next fall.

Ms. Herbert has been serving as an Assistant Language Teacher (ALT) at Inokuchi High School since August 2010. She visited the city of Ishinomaki for the first time in July 2011 as a volunteer and an acquaintance in the prefecture whom she met online, and provided lodging, took her to the fishing village of Ogatsu-cho Funakoshi, located in the northeastern part of the city. The earthquake-triggered tsunami washed away this village, and of the roughly 100 fishing boats that had been the lifeblood of the community, Ms. Herbert saw only three remaining at the time of this initial visit.

But the fishermen she met there were battling to bring their livelihoods, and their community, back to life. Hoping to convey to the world their efforts to move forward optimistically despite significant concern over whether or not the village could really be reconstructed, Ms. Herbert turned to her background as a graduate of the Documentary Media Masters Program at Toronto’s Ryerson University and began shooting footage of the village.

To date, Ms. Herbert has visited the village ten times, mostly on weekends, and has shot more than 100 hours of footage, including scenes of homes ravaged by the tsunami, large debris being hauled away, a festival held at a temporary housing site, a fishing expedition with only a few boats, the construction of a new warehouse to stock fishing gear, and women making necklaces and bracelets to earn money for their families.

“These kinds of large disasters are now occurring in the world almost every year,” she said. “I hope the film will generate momentum to rouse further interest in the issue.” She plans to visit the village five more times to add to her footage before returning to Canada next summer. By November 2013, she hopes to complete the 60-minute or 75-minute film.