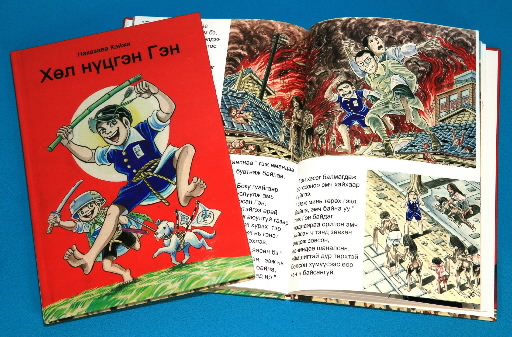 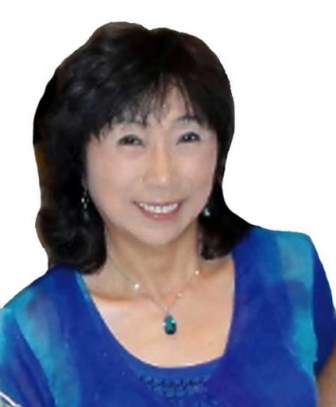 A picture-book version of Keiji Nakazawa’s classic manga “Barefoot Gen” has been produced in the Mongolian language and sent to elementary and junior high schools as well as libraries in Mongolia. Khairiin Khishig, a non-governmental volunteer organization that supports children in Mongolia and is active in both Japan and Mongolia, translated, printed and distributed the book to mark the 40th anniversary of diplomatic relations between the two nations. It is the first time the picture book has been issued in a foreign language.

The 55-page book is in A-4 format. Seven hundred copies of the Mongolian version were printed along with 20 copies of a Braille version for schools for the blind in Mongolia. The experiences of Tokyo resident Kitae Eguchi, 57, president of the NGO, provided the impetus for the project. When she asked children in Mongolia what they would do if a war broke out, most of them replied that if their parents were killed they would retaliate. Ms. Eguchi said she came up with the idea of translating the book because she wanted children to give more thought to war and peace.

In the spring of last year she learned that there had been a proposal to build a facility in Mongolia for the storage and disposal of spent nuclear fuel from Japan’s nuclear power plants. Her desire to have people there learn about radiation was another compelling reason behind the publication of the picture book.

In February of this year Ms. Eguchi visited the home of Mr. Nakazawa, 73, in Hiroshima’s Naka Ward and got his permission to publish the book in Mongolian. After the members of the group translated it, a picture book author in Mongolia reworked the text to make it easier for children to understand.

The names of those who cooperated in the project as well as messages to readers are at the back of the book, including a message from sumo wrestler Hakuho, a native of Mongolia, who wrote, “I hope the children of Mongolia will be peace-loving and able to live in safety and security.” Mr. Nakazawa’s message says, “I would like many people to read this book.”