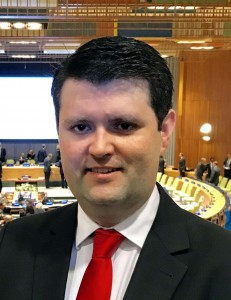 Sehlac as a member of ICAN got involved in many different actions and perspectives of public awareness, regional meetings with key representatives from different countries, promoting and engaging academics and also, being active members during all the UN meetings on this topic for the last 7 years. Just to give an example, in the recent years Sehlac organized, among other partners, regional meetings in Punta del Este (Uruguay), Montego Bay (Jamaica), San José (Costa Rica) and also roundtables with diplomats at the UN in NY during the month of October in all recent years. These actions, besides integrate the regional diplomats, also promoted a common strategy from the region that was reflected in the major support from Latin America to the Treaty. Now that the treaty is open to signature the idea is focus on universalization, which means increase the numbers of signatories and countries that could ratify in the short term in order to have the entry into force of such treaty.

Promoting and supporting countries for the signing and ratification of the treaty, continue working to build a powerful global groundswell of public support for the abolition of nuclear weapons, continue engaging a diverse range of groups, academic institutions, international organizations, world´s governments, survivors of the US atomic bombings of Hiroshima and Nagasaki and of nuclear tests, helping share their testimonies with the public and decision makers victims, among others.

The citizens of Hiroshima have the strength and legitimacy to demand from the Japanese government and all countries around the world to sign and ratify this treaty that prohibits nuclear weapons.