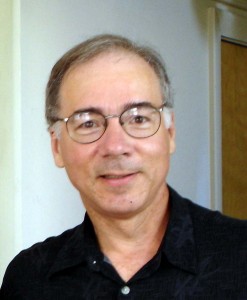 IPPNW played a key role throughout the process that led to the Ban Treaty, by providing much of the scientific evidence about the medical, environmental, and humanitarian consequences of nuclear war. Political support for the Treaty negotiations depended upon a proper understanding not only of the Hiroshima experience, but also of what would happen if a nuclear war were to happen today, with vastly larger arsenals targeted against hundreds of cities. Even a limited, regional nuclear war could result in a nuclear famine putting billions of people at risk of starvation, or even a nuclear winter threatening the very survival of humanity. Once these consequences are understood, there is no way to justify the continued possession of nuclear weapons by any state, or the strategic policies governing the use of nuclear weapons, including deterrence. We will continue to emphasize this same message during the ratification process for the Treaty, which must then be fully implemented as a legal, political, and moral tool for achieving the elimination of nuclear weapons.

We now have to ensure that the humanitarian perspective becomes paramount in the thinking of leaders, diplomats, the military, the expert community, the media, and—most important—public opinion. The nuclear-armed and nuclear-dependent states have argued that humanitarian concerns must be “balanced” with security concerns. Japan, the only country to experience the devastation of nuclear weapons, calls for a world without nuclear weapons while simultaneously having an extended deterrence relationship with the US. Japan is not alone in taking this contradictory position, but could show a lot more courage and moral leadership by embracing the Treaty and joining with those non-nuclear-weapon states who understand that the humanitarian perspective does address the security interests of Japan and the entire world by outlawing what we now understand are suicide weapons.

The Ban Treaty is a down payment on a debt that the entire world has owed to the Hibakusha for more than 70 years. The Treaty itself recognizes and honors the experience of atomic bomb victims. Even more important, it validates the message that has unified every personal story told by a survivor over those many decades—that there must never be another Hiroshima or Nagasaki. I first visited Hiroshima in 2005 and was overwhelmed by feelings of shock and sadness at the physical evidence of nuclear destruction. Those feelings were tempered, however, by the kindness and generosity of the people of Hiroshima today, and their determination to prevent any future use of nuclear weapons. Both sides of that experience have inspired me throughout a lifelong career as a campaigner for the abolition of nuclear weapons.