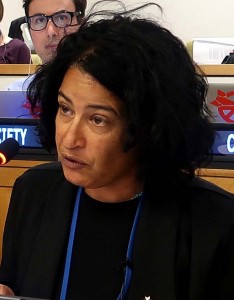 In Israel, there is no discourse regarding its nuclear program, and that include almost all nuclear related issues (The main discussed nuclear program in Israel – is the Iranian program). There for the campaign in Israel is focused on two main routs: education about the consequences of nuclear war and finding paths that will allow Israel, in the future, to join the ban treaty.

For the education campaign we conduct actions for the media, meetings in the parliaments, we have hosted 3 times Hibakusha (with the Japanese Peace Boat), keep an on-line campaign using new media and conduct meetings with parliamentarians, other NGOs, reporters, power users of new media, government officials and activists from other campaigns.

One of our activities this year – was an appeal to the supreme court, regarding the oversight on Israel Nuclear facilities.

Also this year, we presented a new draft treaty for a weapons of mass destruction free zone in the Middle East, and now we are fundraising to hold several rounds of track 2 negotiations on the text.

I think that once more people will understand the existing of nuclear weapons is the end of humanity or even this planet, and once they will be reminded that nuclear weapons are simply man made, and can be abolished – the demand on the nuclear armed states will grow enough to create a huge change. The ban treaty and an amazing tool (and achievement) on the way to a world without nuclear weapons.

Sadly, I never been to Hiroshima, but I have mat more then a few Hibakusha. And can’t express enough my deepest thanks and admiration to their cause, the importance of their painful testimonies and their dedication to prevent the pain they suffered from the rest of us. This is not something we should take for granted. I wish they will see the end of the nuclear threat in their life time.