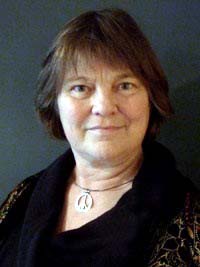 Through academic analysis and nonviolent activism I campaigned to end deployment of new generations of INF nuclear weapons in the 1980s, and to ban nuclear testing in the 1990s. More recently I served as ICAN's Co-Chair from 2009-2014 and founded ICAN's Geneva office, working closely with Akira Kawasaki and Dr Tilman Ruff to mobilise the next generation of campaigners to work for a Nuclear Prohibition Treaty as the next step towards nuclear abolition.

It was important to recognise that a nuclear ban treaty would not happen if we relied on traditional processes that could be easily blocked by nuclear-armed states. So we prioritised non-nuclear governments, working with them to take the lead and negotiate a strong treaty under UN General Assembly rules – open to all UN Member states, blockable by none, and achievable through majority vote.

Now the Treaty is opened for signature, my personal priority is getting my country – the UK – and other nuclear-armed and umbrella states to take the Treaty seriously and take the necessary steps to be able to sign and comply.

The key is to delegitimise and equate nuclear weapons with nuclear dangers and crimes against humanity that must be prevented. The ban treaty does this by embedding legal prohibitions on all significant activities that enable the acquisition and use of nuclear weapons.

The treaty gives us powerful legal and normative tools to increase pressure on the nuclear-armed and nuclear-dependent umbrella states to eliminate nuclear weapons from all security doctrines and military arsenals.

We must work hard now to bring it into full legal force as soon as possible. ICAN's priority is to enable regional coordinators and local campaigners to pressure all states to sign, and achieve the first 50 ratifications quickly so that the Treaty will enter into force.

As the Treaty takes effect, leaders, producers and citizens will recognise that they can't go on making, deploying and threatening to use these WMD with impunity. As the personal as well as political and economic costs of carrying on with nuclear policies rise, decision-makers will seek a way out. We need to convince people that joining the treaty is the most logical, sensible step for every nation's leaders to take for their own as well as their country's security.

First I want to thank and honour the A-bomb survivors and Mayors for their decades of courage and commitment to build peace from those terrible ashes. Then I urge all of us to pledge to do all in our power to prevent nuclear weapons ever being used again. Now we must look to the future, so let's call on all citizens – especially in Japan and Britain – to persuade our governments to join and implement the Treaty.

I am always moved to tears when I visit the Peace Museum and memorial park. My first visit to Hiroshima in 1980 impelled me to join the Greenham Common Women's Peace Camp in 1982 and dedicate my life to trying as best as I can to work for peace and justice and a world free of nuclear weapons.

In 2014 while talking with Setsuko Thurlow in Dublin I promised her that we would ban nuclear weapons in her lifetime. We hugged and remembered this when the Treaty was adopted in July this year. Setsuko and many other Hibakusha were the heart and soul of ICAN's strength and inspiration. So it is powerfully right and fitting that she will be one of the people to formally accept the 2017 Nobel Peace Prize on behalf of all of us in ICAN.