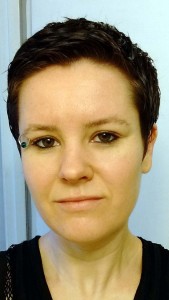 I represent the Women's International League for Peace and Freedom (WILPF) on the International Steering Group of ICAN and have been deeply involved in the campaign's strategy and advocacy with governments. With fellow campaigners, I've worked directly with supportive governments to get political traction for the ban, which has meant writing the theory, having meetings with government officials and campaigners from around the world, and making the case for the ban in so many different national and regional contexts. Now that the treaty is open for signature, I'll continue to work with WILPF National Sections and members and other ICAN campaigners to encourage states to sign and ratify the treaty, and to bring the nuclear-armed and nuclear umbrella states on board. They will need to change some policies to come in line with this new international law and we will help them do that! We'll also be working to encourage people and companies and governments to divest from nuclear weapon production and maintenance and to spread the message that these weapons are outlawed and unacceptable.

What I have learned from so many campaigners and diplomats from around the world work for a nuclear ban is that we can accomplish a lot by working together and not giving up. We've managed to take the international diplomatic space, and use it effectively by working together as activists and government representations to upset power structures and make progress even when up against many of the most militarily and economically powerful countries in the world. The biggest thing to achieving a world without nuclear weapons is keeping up this momentum and sense of courage and capacity of people and their governments against these weapons. Over time, the stigmatising effect of this treaty and the new discourse we have created will be too strong to resist.

Hiroshima is a wonderfully resilient city; I was honoured to witness the anniversary events there in August 2010. We appreciate the ongoing support of today's citizens of Hiroshima and the voices and testimony of those who survived the US atomic bombing.