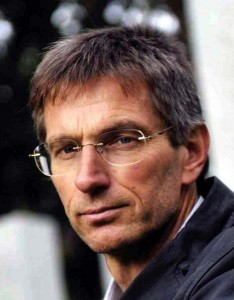 I was involved right from the beginning when the Medical Association for the Prevention of War in Australia and International Physicians for the Prevention of Nuclear War (IPPNW) took up Dr Ron McCoy from Malaysia's challenge to establish an international campaign to abolish nuclear weapons. Inspired by the success of the International Campaign to Ban Landmines, ICAN was conceived as a global campaign coalition linking organisations to work together in a coordinated way for the treaty to prohibit and provide for the elimination of nuclear weapons.

The basis for our work has been the catastrophic humanitarian consequences of any use of nuclear weapons for people and for our living planet.

As founding international and Australian chair of ICAN, I have been involved both in the education and advocacy work of IPPNW and ICAN, as well as the work of resourcing and building the campaign.

While the ban treaty is of historic importance, there is much hard work to be done for the treaty to enter into force and to implement it fully. With growing threats to use nuclear weapons and multiple potential flashpoints around the world, the work of eradicating nuclear weapons from our good Earth has never been more urgent.

To achieve a world forever freed from the existential danger that the existence of nuclear weapons poses to all of us and everything we hold dear, citizens and decision-makers around the world need to understand just how cataclysmic nuclear war would be; and that until they are eliminated, nuclear war could break out any day.

A proper understanding of what nuclear weapons will do invalidates all arguments for continued possession of these weapons and requires that they urgently be prohibited and eliminated as the only course of action commensurate with the existential danger they pose.

We also need leadership, and we crucially need informed and aroused citizens, determined to protect all they hold dear, to demand that leaders act decisively to eliminate nuclear weapons.

One thing about all the hibakusha from both Hiroshima and Nagasaki that I have ever met never ceases to impress me deeply. I have never heard any of them express any desire for retribution or revenge from having endured unprecedented horrors that no human being should ever have to endure. I have not encountered among them anger or hatred, which would be very understandable. To share their excruciatingly painful memories and losses, especially repeatedly and to strangers, takes great courage. The depth and sincerity of their conviction that no-one anywhere must ever suffer again as they have is deeply moving and humbling.

My favorite thing to do in Hiroshima is to ride a bicycle in the quiet of early morning along the Motoyasu and Ota Rivers.

Hibakusha should be very proud of the important role they’ve played in achieving the Treaty on the Prohibition of Nuclear Weapons. I’ve no doubt that as long as they can, they will continue to play a key role in the entry into force and implementation of the treaty, till our world is once more free of nuclear weapons. Citizens of Hiroshima and around the world should join them in this essential planetary housekeeping task.