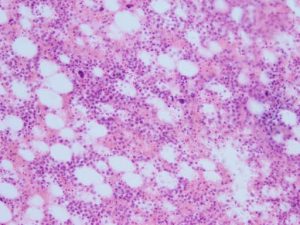 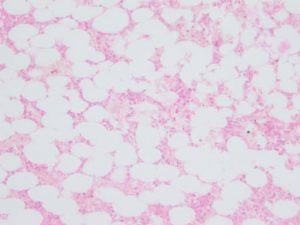 Around April 5, it was learned that some tissue samples from victims of the Hiroshima atomic bombing have deteriorated dramatically. The samples comprise part of scientific materials related to the atomic bombing seized by the U.S. military during the occupation and returned to Japan in 1973. The Research Institute for Biology and Medicine (RIBM) of Hiroshima University (located in Minami Ward, Hiroshima), which now stores and maintains the samples, is proceeding with a plan to seek donations via the internet to raise funds for digitization of the sample images.

Of the A-bomb materials returned by the U.S. military, deterioration has been observed in the tissue samples from corpses of victims on which autopsies were performed between August 10, four days after the atomic bombing, and November 13, 1945. Fragments of internal organs, such as liver, lung, and bone marrow, were placed on glass slides. According to Sayaka Sugihara, 45, assistant professor of the RIBM Division of Radiation’s Information Registry, the samples are valuable in that they provide insight into acute symptoms caused by radiation in the period immediately following the atomic bombing.

The samples were collected from 105 victims and placed on about 4,000 glass slides, including slides of samples from victims who were the first to be autopsied among the many brought to Ninoshima Island (now part of Minami Ward) after the atomic bombing. Of the roughly 2,600 slides that have been stained with reagents for microscopic observation, about 400 exhibit pronounced loss of color or discoloration.

The degradation of such materials is thought to be attributed to changes in reagent quality over time. Glass was also found to be broken in more than 50 of the slides. Satoshi Tamura, RIBM director, 58, said, “Continuation of sample deterioration is unavoidable. As such, our urgent challenge is, at the very least, how to preserve the samples in the form of digital images.”

At a minimum, dedicated scanners for generating digital data would cost several million yen. Since fiscal 2017, RIBM has continued its request that the national Japanese government allocate a budget for establishing a digital archive of A-bombed materials. To date, however, nothing has come of the request. The organization thus decided to pursue the option of bearing the cost of buying scanner equipment through a crowdfunding campaign on the internet. Details of the campaign’s plans are currently being discussed.

RIBM has made clear that it would put measures in place to prevent leaks of personal information related to the samples, before disclosing the digital images to researchers outside the organization for broad utilization of the materials aimed at clarifying the reality of the damage wrought by the atomic bombings.

A-bomb materials returned from U.S. military
Scientific materials related to the atomic bombing that the U.S. military seized from Japanese researchers, when the U.S.–led Armed Forces Joint Commission for Investigating the Effects of the Atomic Bomb in Japan started its research in the fall of 1945. The materials were housed at the U.S. Armed Forces Institute of Pathology (AFIP), located in Washington, D.C. Based on a request by the Japanese government, about 23,000 items in total were returned to Japan in 1973, including about 11,000 items related to the atomic bombing of Hiroshima, such as samples collected from 669 victims that were preserved on glass slides. The materials are now stored at the Hiroshima University’s Research Institute for Biology and Medicine. Materials associated with the atomic bombing of Nagasaki are stored at the Atomic Bomb Disease Institute of Nagasaki University.