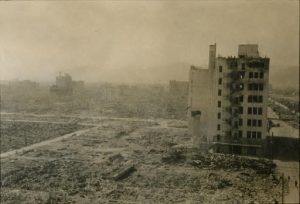 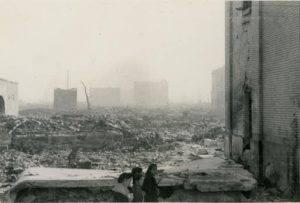 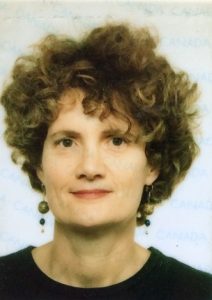 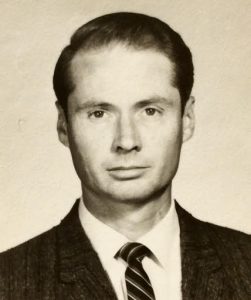 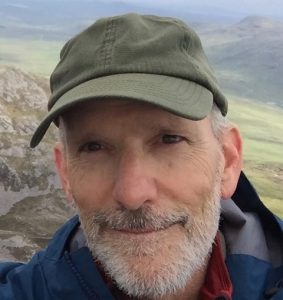 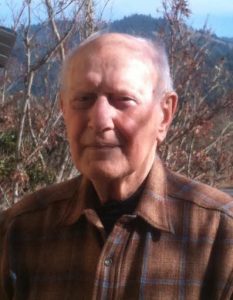 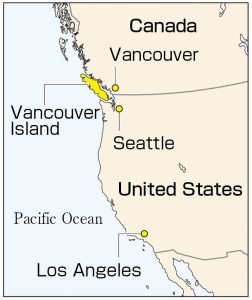 
Photo left by U.S. soldiers captures Hiroshima ruins
Surviving family members donate photos with notes written by deceased
During fiscal 2019, the Hiroshima Peace Memorial Museum, located in the city’s Naka Ward, received about 523,000 overseas visitors. The visitor number reached that record-high in only 11 months, before the museum was temporarily closed in response to the spread of the novel coronavirus.

In proportion with this increase in overseas visitors, materials related to the atomic bombings donated to the museum by those outside Japan have also increased. More than 20 such items have been donated since fiscal 2015. In particular, photographs of Hiroshima’s downtown in the aftermath of the atomic bombing taken by individual occupation soldiers have been donated after their death by family members. This is probably because the museum has drawn the world’s attention.

To understand who has donated the materials to the museum with what intent, the Chugoku Shimbun communicated with the donors over the internet.

Last year, Danakal Aekerson, a former nurse living on Vancouver Island on the Pacific coast of Canada, donated eight photographs to the museum. She wrote, “We were very excited that they would be used for an important purpose – to promote peace and the banning of nuclear weapons.” All of the photos were taken by her late father, Daniel Aekerson (born in the U.S. state of California, and died in 2012 at age 88) around November 1945.

“I will never forget”

Mr. Aekerson was engaged in minesweeping operations for the U.S. Navy, because both the U.S. and Japanese militaries had laid sea-mines around Japan’s coastal areas during the war. When he disembarked from the ship, he walked around Hiroshima with a camera. One of his photos, capturing the Hatchobori area (now part of Naka Ward), is thought to have been taken at the Chugoku Shimbun building at that time. In a letter to his family, he wrote, “We then went to the city of Hiroshima to view the ruins and believe me, I will never forget, as there is nothing left but debris. I can hardly find the words to explain.”

During his lifetime, he did not speak of his war experience. Ms. Aekerson wrote, “We were told that the pictures were taken secretly and the film developed with soap and mirrors.” He entrusted the photos to his daughter in his final years.

Her niece’s trip to Hiroshima was the impetus for Danakal’s decision to donate her father’s photos. The niece told her that the museum staff had been interested in the photos when she brought copies to the museum. Danakal wrote, “There are many places on the planet and normal lives that have been devastated by the violence of war since WWII. This is why places like the Hiroshima Peace Museum are so important.” Thinking of Hiroshima, the place she has never visited, Ms. Aekerson has been reflecting on the words in the letter written by her father to his family when he was alive. “Hope that the war mongers of today have better sense than to use a nuclear weapon again against any nation for any reason,” he wrote.

In 2017, Paul Courter, 62, a resident of U.S. city of Seattle, also donated to the museum eight photos taken by his father John Courter (who died at age 96 in 2015), as well as his memoir. John was deployed on a U.S. destroyer and engaged in operations to monitor the coastal regions of Japan, starting 13 days after the unconditional surrender by Japan, through 1946.

During that time, Mr. Courter made shore in Hiroshima and took pictures of the ruins near the Hondori shopping street (now part of Naka Ward), and other locations. In his memoir, he described the day he visited Hiroshima. “A very sobering sight,” he wrote. “There was complete silence on the back of that truck, every sailor deep in his own thoughts.”

Paul shared the complex feelings his father had. He wrote, “Later in life, my father held very mixed feelings about the dropping on the bomb. On the one hand, he shared the ‘standard narrative’ of the time that it may have saved the lives of thousands of U.S. soldiers (including his) who were poised for a land invasion…but because he also saw the terrible physical effects first hand (and later read about the even more terrible human and lingering medical effects of both bombs in Japan) he knew that every effort must be made to never use them again.” His donation of the photos to the museum was driven by his father’s wishes. He wrote, “My father wanted the photos to be preserved and seen by others so the event would never be forgotten.”

The United States fought against militaristic Japan and won the war. The support for the atomic bombing, adherents of which insist that the dropping of the atomic bomb helped end the war earlier and saved many lives, is still a deep-seated belief in the United States, although the idea is not aligned with mainstream historical research. Nonetheless, the shock that American soldiers felt individually while walking in the A-bombed city and their deeply held emotions were certainly not uniform.

The Peace Memorial Museum has sent its staff to overseas to collect photos that U.S. forces and others had taken of Hiroshima for survey purposes. Some of the photos taken by the soldiers and then donated by their bereaved families actually take on the appearance of documentary photos. The biggest difference between them is that the former soldiers’ personal photos are typically kept with notes written by those who took the photos. The black-and-white image data of the photos are direct representations of what was seen and experienced in the ruins.