Striving to fill voids in Hiroshima 75 years after the atomic bombing—Recreating cityscapes: Hiroshima Station as gateway to the military city 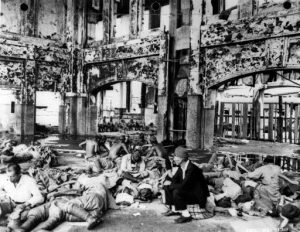 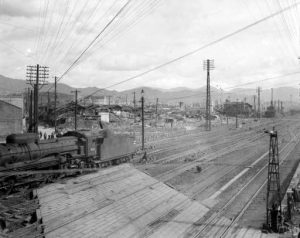 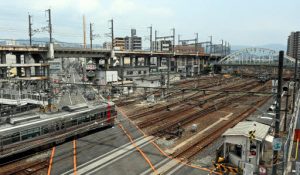 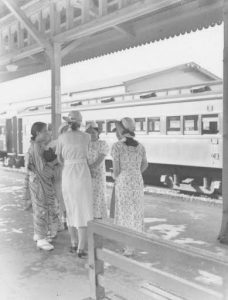 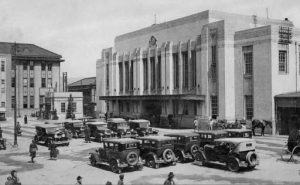 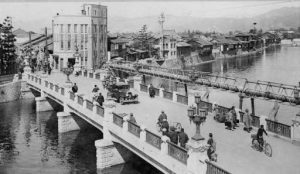 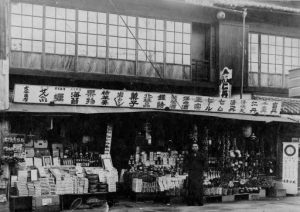 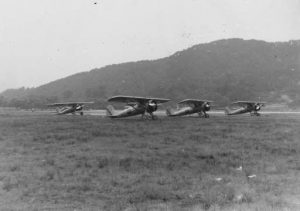 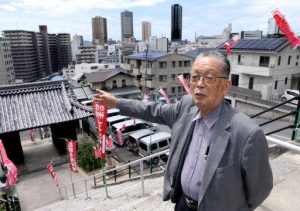 JR Hiroshima Station (Minami Ward, Hiroshima City), known as the gateway to the city of Hiroshima, was crowded 75 years ago with people coming and going, just as it is today. On the north side of the station was the Imperial Japanese Army’s East Drill Ground. The Second General Headquarters was set up near the drill ground toward the end of the Pacific theater of World War II in preparation for decisive fighting on the mainland. The entire area was part and parcel of “Hiroshima, the military city.” Since destruction in the atomic bombing and the reconstruction afterwards, the city continues to undergo major changes with redevelopment. Herein, we recall the former cityscape through photographs.


Military ground on north side, with “reliable” soldiers and horses, was used to evacuate the many wounded in the atomic bombing
Soldiers on horseback gallantly jumping over obstacles was a scene Sadao Yamamoto, 88, Higashi Ward, used to witness from the classroom when he was a student at Onaga National School (now Onaga Elementary School). “They seemed so reliable,” he said. The East Drill Ground was situated in an extensive lot extending from the north entrance of the present-day Hiroshima Station.

In 1890, four years before the Sino-Japanese War began, the ground was created on the remains of an old cotton field. Barracks for the fifth cavalry regiment were built in a corner on the west side of the ground. Soldiers trained there for days on end, including the practice of crawling on elbows and knees; Mr. Yamamoto, as part of the militia youth, felt admiration for them.

However, conditions changed rapidly as the war grew increasingly severe. Soldiers were sent to the front, leaving few people at the ground.

On August 6, 1945, 14-year-old Mr. Yamamoto was a second-year student at Hiroshima Second Middle School (now Kanon High School in Nishi Ward). He and about 250 of his classmates were at the East Drill Ground, which had been converted to a plot for growing sweet potatoes due to food shortages, to do the work of weeding the field. Right after roll call, he heard a roaring sound and was struck by a blast of hot air. Suffering a burn on the left side of his face, he fled with other students to the Onaga Tenmangu Shrine, located on a mountain to their rear.

When he looked down at Hiroshima Station from an elevated position, he could see plumes of smoke rising in the air. “The fires around the Atago railroad crossing spread from one neighboring house to another. All I could do was watch stunned.”

Around that time, a large number of wounded took refuge on the ground. Setsuko Thurlow, 88, an A-bomb survivor who now lives in Canada, was one of them. She was exposed to the bombing at the Second General Headquarters near the ground. “I wasn’t seriously wounded, so I brought a cloth soaked with water to dying people who begged me for water,” she said of that time.

The interior of Hiroshima Station, 1.9 kilometers from the hypocenter, was completely destroyed in the fires caused by the bombing. Many train passengers experienced the atomic bombing at the station building or on the train platforms. After the war, the area around the station became crowded with black markets and shacks.

Takashi Akinobu, 71, operates a barber shop near Enkobashi Bridge, which connects the station and the city’s downtown. He grew up surrounded by family and local residents who worked hard to live and recover. His great grandfather Sentaro, who was exposed to the bombing at his house-cum-business, went to the ground seeking safety but instead died there. His great grandmother, mother, and father, who had been demobilized from China, together rebuilt the shop.

Although the air of the Showa era thickly pervaded the area until a few years ago, the area has been transformed into modernity, with commercial complexes and high-rise buildings. Plans for construction of a new JR Hiroshima Station building proceed apace. It is difficult to feel the former atmosphere of the area and the hustle and bustle there during the reconstruction period. Precisely for this reason, Mr. Akinobu contends that “the history of so many killed in the atomic bombing with the survivors lifting themselves up from devastation will never change.”

Mr. Yamamoto tells students visiting Hiroshima on school trips about his experiences of the horrible scenes he witnessed from the Onaga Tenmangu Shrine. On that day, all first-year students at his school were killed in the bombing where they were mobilized about 500 meters from the hypocenter. He continues to share his experience as a prayer for the repose of the souls of the dead students, to ensure the tragedy “will never be repeated.”